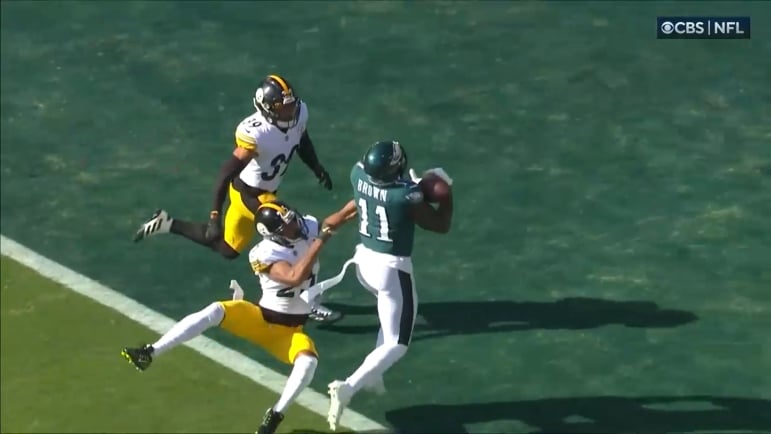 Nick Baumgardner and Austin Mock wrote a piece for The Athletic detailing their NFL Draft order projections and the top ten teams’ most pressing needs. With the Pittsburgh Steelers slotted at 8th overall currently in the 2023 NFL Draft, the two debated the idea of either investing in the trenches or shoring up the secondary with a top-flight cornerback.

“There are a few options here that sort of run even at the moment,” Baumgardner and Mock said for The Athletic regarding the Steelers. “Pittsburgh needs help in the secondary and up front, so cornerback or a defensive lineman could also be on the table early in Round 1. The Steelers also badly need a center, though that’s not happening here. But this still feels like a team in need of more premium help at tackle. Everything with Kenny Pickett remains TBD, so the Steelers have to improve around him.”

Josh Carney of Steelers Depot just recently highlighted this exact same dilemma that Pittsburgh is currently facing at the moment. The Steelers need to continue to fortify their offensive line to improve the running game as well as protect their investment in rookie QB Kenny Pickett for years to come, but the fact of the matter is that Pittsburgh lacks an ideal CB1 who can adequately match up with opposing #1 WRs and the combination of Ahkello Witherspoon and Levi Wallace as more CB2/3 types hasn’t panned out.

Carney: Steelers Need More Help At CB Than They Do Along OL

Pittsburgh currently ranks 22nd in the NFL in rushing yards which is widely predicated on the play of the offensive line. Still, while we would like to see this ranking near the top ten, the pass defense statistics stick out like a sore thumb as Pittsburgh ranks dead last in passing TDs allowed in 2022 (22) and second-to-last in passing yards allowed (2,721). The rush defense, which was a huge problem last year, has stabilized in recent weeks as Pittsburgh ranks seventh in the league in yards allowed and third in the league in TDs per Pro Football Reference.

Therefore, it appears that Carney has a valid point for all of us yinzers who have been directing our focus to the offensive and defensive lines over prioritizing CB. Sure, shoring up the trenches is important, but not having capable cover men on the backend of the defense can lead to a quick and painful death like Pittsburgh has seen at times this season against receivers like A.J. Brown, Nelson Agholor, Amari Cooper, and Tee Higgins.

A.J. Brown counting the defenders after his third TD against the Steelers. Double coverage not stopping him today. #Steelers pic.twitter.com/t1QpRHG7gP

Perhaps targeting OL/DL with their two second round picks while devoting 8th overall selection to the top CB prospect in the class may be the best allocation of resources to revamp this roster into a potential playoff contender next season.