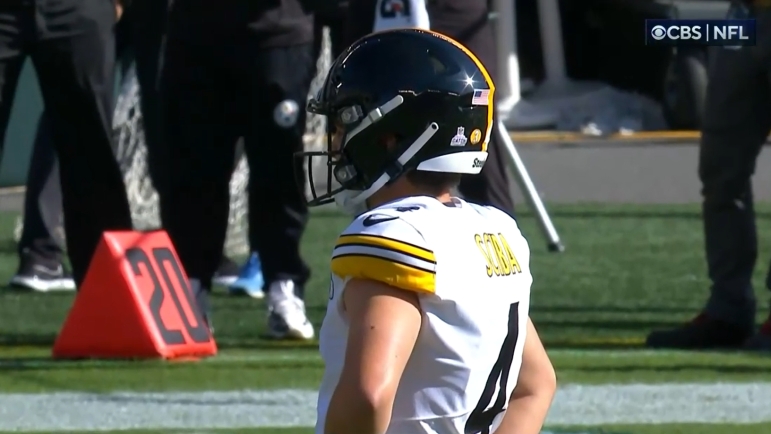 The Pittsburgh Steelers made a few roster moves today in preparation for T.J. Watt to officially be activated off injured reserve. The Steelers waived outside linebacker Ryan Anderson off the 53-man roster, while also releasing kicker Nick Sciba off the practice squad and signing wide receiver Josh Malone to the practice squad, per a post to the team’s website.

Malone was released from Pittsburgh’s practice squad on October 29 to make room for Sciba, who was brought on the roster as a fill-in for Chris Boswell, who injured his right groin in practice before the team’s Week 8 game against the Philadelphia Eagles. Sciba, who spent time during the preseason with Pittsburgh, went 2-2 on field goals while also connecting on an extra point. Malone provides added depth at receiver after the trade of wide receiver Chase Claypool, and he also has NFL return experience, as he returned seven kicks for 140 yards as a member of the New York Jets in 2020.

Anderson was mostly a non-factor in Pittsburgh, registering just a single tackle (although it did go for a loss) in 28 defensive snaps across four games. The lack of a corresponding activation to the 53-man roster means that Watt is likely going to be activated in the coming days. Pittsburgh will also have to make a roster move to clear a spot for safety Damontae Kazee who is expected to make his season debut this weekend after spending the first nine weeks of the season on injured reserve.