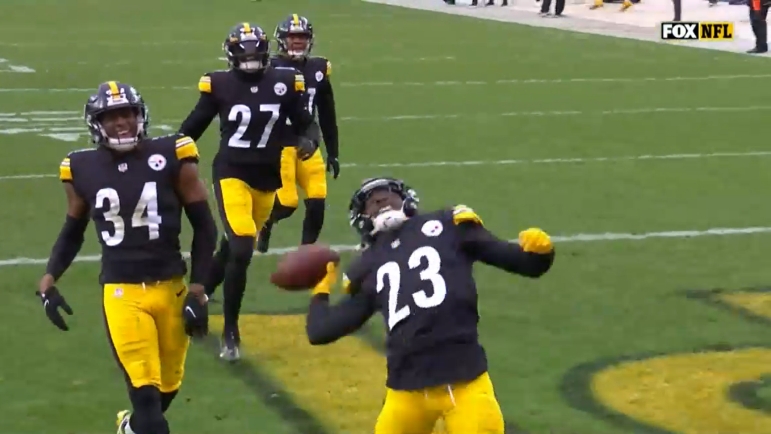 Winners and losers from the Pittsburgh Steelers 20-10 win versus the New Orleans Saints on Sunday afternoon.

Najee Harris – Fumble aside, Easily Harris’ best game of the season. Set a season-high in rushing yards and now owns the team’s longest run of 2022, a 36-yard run as he broke a tackle and picked up a ton of yards after contact. Harris was briefly checked for a concussion after the game but quickly returned. His pass protection was also excellent with at least two key pickups, including one that allowed Kenny Pickett to convert on third down. Harris ran the way he needed to and the line did a better job up front, too.

Jaylen Warren also helped out to get this offense moving, making plays in the pass game and converting in critical situations. The overall run game was fantastic, Pittsburgh up over the 200 yard mark for the first time in six seasons.

T.J. Watt – He’s back. And not a moment too soon. Watt’s impact was felt immediately with two tackles on the Steelers’ opening possession while he commanded a ton of attention, allowing guys like Alex Highsmith more chances to get to the QB. Watt didn’t have a sack but had a third down tackle on Andy Dalton just past the LOS as Pittsburgh’s defense won on third down, routinely putting New Orleans in third and long.

Alex Highsmith – Another nice day for Highsmith who showed up after two quiet games. Facing some less-than-stellar left tackles, including the Saints’ backup, Highsmith feasted with his inside spin. He played the run well, got in the backfield, and helped stuff a critical QB sneak late in the game. He and Watt will make a great duo the second half of the season.

Arthur Maulet – Gotta show some love to Maulet. Teams have been picking on him as a weak link in the secondary on passing downs and generally, they’ve had success against him. Maulet had a crucial breakup on a slot fade to WR Chris Olave, a fantastic , textbook technique play to fight until the end, play through the pocket, and rip the ball out on the way down. Maulet also had a solo tackle on the kick coverage team. Energy bringer and glue guy, Maulet got some revenge against his former team.

Mason Cole – In particular along the line, a shoutout to Cole. Judging linemen are tough to do on first glance but Cole seems to have a solid game, especially as a run blocker, as Pittsburgh had a great day on the ground. Cole’s been playing hurt but he’s a tough dude and one of the offensive line leaders.

Levi Wallace – Steelers’ corners needed to step up today and they did. Wallace in particular whose man coverage was effective. He helped force a tipped pass that led to Damontae Kazee’s INT and then got an interception of his own deep down the right sideline two drives later. Pittsburgh’s corners

Kenny Pickett – Pickett made plays with his legs and that’s good because he didn’t make many with his arm. He did have a nice 36-yard shot to Diontae Johnson down the right sideline but Pickett struggled with accuracy and didn’t handle the Saints third down pressure looks well. He bailed on clean pockets, tried to do too much, and though he took care of the football, his play still felt sloppy. There’s no excuse of a lack of a run game either. Pickett has played some of his worst football the last two weeks.

He’s pretty solid at those QB sneaks though and picked up his third rushing score of the season. He now has more rushing TDs (three) than passing scores (two).

Dan Moore Jr/Kevin Dotson – Again, the line is tough to judge up front but the left side of the line felt weaker Sunday than the right. Dan Moore Jr. is struggling to recognize and pick up stunts while Kevin Dotson didn’t offer much assistance and struggles in 1v1 pass pro situations. If there’s a place to start upgrading the o-line this offseason, it’s on that side. Moore is better than Dotson but I’d keep eyes peeled for help to both positions if you can find cornerstone guys early in the draft.

Sacks – While reasons will vary, Kenny Pickett has been taken down far too often the last two weeks. Dropped 11 times the last two games, it’s going to be hard to sustain offensively and a reason why Pittsburgh left points on a board in a game in which they had multiple explosive plays and a steady and strong ground game.

Matthew Wright – Wright’s odds of replacing Chris Boswell over the entirety of his IR stay is looking awfully slim. Two misses to the left from 39 and 48 yards out. Killers in relatively close games where you’re trying to salt the game away. He was poached off the Chiefs’ practice squad meaning he has to occupy a roster spot for the next two games but Wright definitely wasn’t an asset today. That much is obvious.