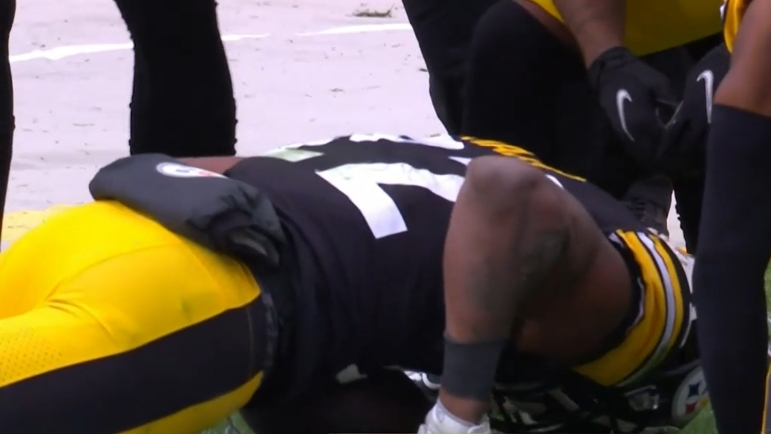 UPDATE: Pickett returned on the team’s next drive. Per the Fox broadcast, he got his left ankle taped up.

Kenny Pickett was limping after the Steelers’ opening drive of the second quarter, and upon exiting the game after an incomplete pass on 3rd and Goal, Pickett headed to the blue medical tent per ESPN’s Brooke Pryor. Pickett was sacked by David Onyemata during the drive but finished the drive out before heading to the medical tent. Hopefully, it’s nothing serious and Pickett is just getting taped up or evaluated, but if he does miss time, Mitch Trubisky will have to come in in relief for the second time this season.

UPDATE: Per Ray Fittipaldo, Harris was evaluated for a concussion and cleared to return.

After picking up the team’s longest run of the season at 36 yards, Pittsburgh Steelers running back Najee Harris was slow to get up after taking a hit to the upper body and he headed into the blue medical tent. Harris was having a solid game so far with 5 carries for 56 yards after a slow start to the season, so an injury would definitely be unfortunate.