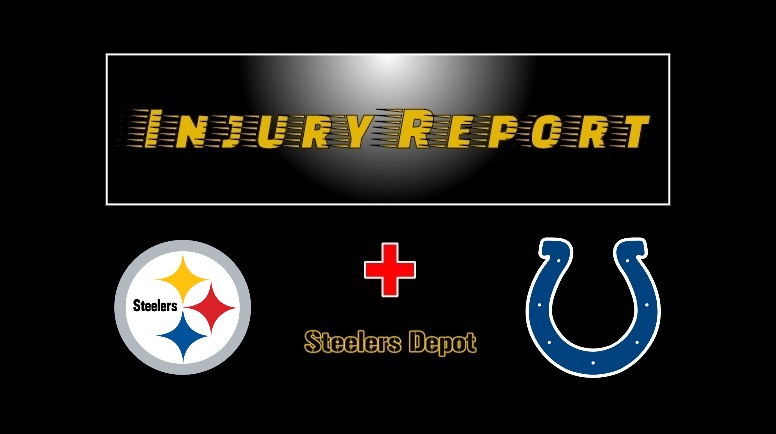 The Pittsburgh Steelers have now released their third official injury report for Week 12 of the 2022 regular season on Saturday ahead of their Monday night road game against the Indianapolis Colts, and it shows two players officially listed as out for that contest and two others listed as questionable.

Not practicing again on Saturday for the Steelers were running back Jaylen Warren (hamstring) and cornerback Ahkello Witherspoon (hamstring) and both players have been officially ruled out for Monday night. With Warren out, there’s a good chance that running back Anthony McFarland Jr. will be elevated from the practice squad on Monday afternoon. This will mark the first game this season that Warren has missed. Witherspoon, on the other hand, has played in just four games this season.

Listed as limited on Saturday for the Steelers are wide receiver Miles Boykin (oblique), inside linebacker Robert Spillane (back) and defensive tackle Larry Ogunjobi (toe). Boykin and Spillane are both questionable for Monday night. Ogunjobi did not receive a game status designation so he should be good to go barring a setback.

Practicing fully on Saturday were center Mason Cole (foot), tight end Connor Heyward (illness), defensive tackle Cameron Heyward (not injury related – resting player), , outside linebacker T.J. Watt (not injury related – resting player), and guard James Daniels (groin). None of those players received game stays designations on Saturday so all of them should be available Monday night against the Colts.

Warren & Witherspoon are OUT for Monday night.