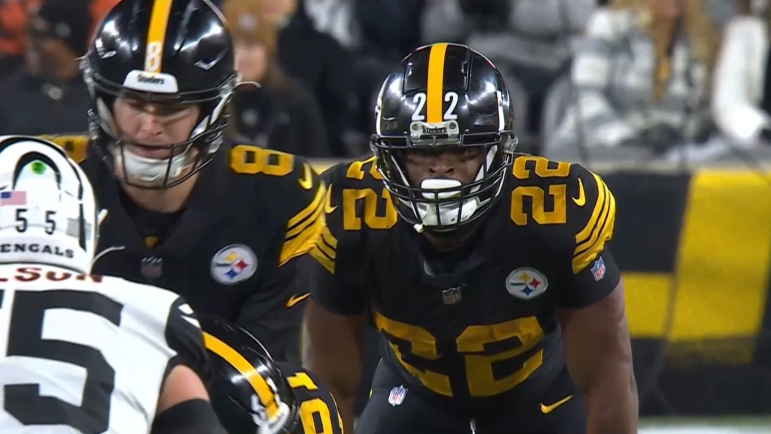 The Pittsburgh Steelers put up less than half the rushing yards on Sunday than they did the week before, though they also attempted nearly half as many rushes and actually ended up scoring 10 more points in the long run.

They only recorded 24 rushes against the Cincinnati Bengals but managed 102 yards. Not an earth-shattering clip, but respectable, all things considered. And most importantly, the bread and butter worked. Running back Najee Harris rushed for 90 yards with two touchdowns on 20 attempts, with a couple of failed jet sweeps dragging down the average some.

On the whole, things have been somewhat better on the ground coming out of the bye than they had been during the first half of the season. Certainly, Harris in particular has looked to be at his best. Jaylen Warren exited the last game early with an injury so we didn’t get to see him. But this is not a finished product.

“Definitely, there’s been improvements in the run game,” reserve lineman J.C. Hassenauer told reporters yesterday, via the team’s website. “It’s not necessarily where we want it to be currently, but every week we strive to improve that, and I think we’re doing a good job so far. But we haven’t attained our goal yet, so there’s definitely room for improvement.”

As with last week, Harris recorded nine successful carries out of 20, a 45% success rate, which is respectable. Once again, he managed to break out a couple of times, once for 13 yards and another just shy of 20 yards, the latter finding the end zone. That was at the time the Steelers’ longest touchdown of the season by 11 yards until quarterback Kenny Pickett hit wide receiver George Pickens for 23 yards later in the game.

Last week, Harris said that he believes diversity and creativity in the run game were becoming a part of the Steelers’ identity as an offense. Pickett had a 20-plus-yard scramble in the previous game, and Pickens had an explosive run on a jet sweep, while Warren was effective on the ground as well.

They didn’t get that kind of work from the complementary ground forces on Sunday. Diontae Johnson and Steven Sims combined for minus two yards on a pair of jet sweeps in this one, while Warren, who exited early with an injury, did not register a carry. Pickett did have two runs for 14 yards, on two keepers in a row. The first went for nothing. The second went for 14, converting on 3rd and 3.

It should be noted that the Bengals have a better defensive front, which had just gotten run-stuffing nose tackle D.J. Reader back. But if they can continue to build on the last two games with Harris and find ways to complement him, we have already seen the blueprint for how an effective running game can help the offense operate.