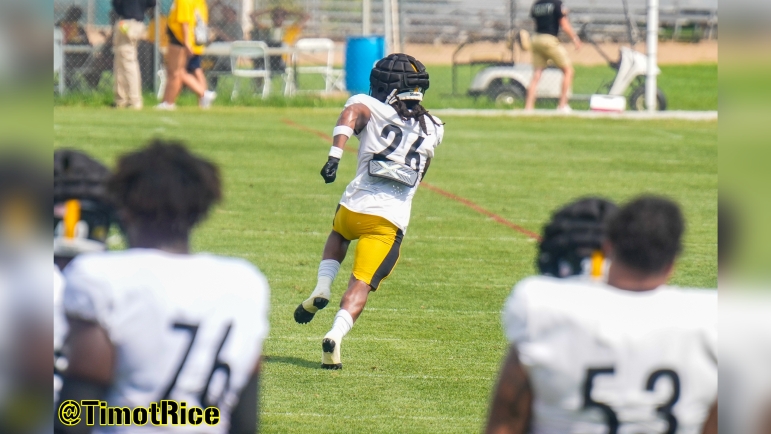 The Pittsburgh Steelers have elevated RB Anthony McFarland and WR Cody White to their active/inactive roster hours ahead of tonight’s game against the Indianapolis Colts. The team announced the move moments ago.

The Steelers have elevated RB Anthony McFarland Jr. and WR Cody White from the practice squad to the Active/Inactive roster, it was announced today by team #Steelers #NFL

Assuming he’s active, this will be McFarland’s first game action of the season. Filling in as the team’s #3 RB for injured rookie Jaylen Warren, ruled out with a hamstring injury, McFarland hasn’t appeared in a game in exactly 365 days, his last coming in a 41-10 loss to the Cincinnati Bengals on November 28th of last season. He carried the ball twice that day while handling kick return duties.

A 4th round pick in 2019, McFarland’s struggled throughout his career and has just 36 carries, averaging 3.2 yards per carry. A speedster who lacks special teams value or the ability to pass protect, McFarland had a solid summer with the team but lost out to Warren and Benny Snell, one of the team’s core special teamers. Najee Harris is expected to be the Steelers’ workhorse back tonight but McFarland could log a handful of snaps.

This will also be White’s first action of the season. On the roster for most of last year, he primarily played on special teams but caught five passes for 33 yards. His elevation is a sign WR Miles Boykin, questionable with an oblique injury, is unlikely to play tonight.

The Steelers and Colts will kickoff at 8:15 PM/EST on ESPN.