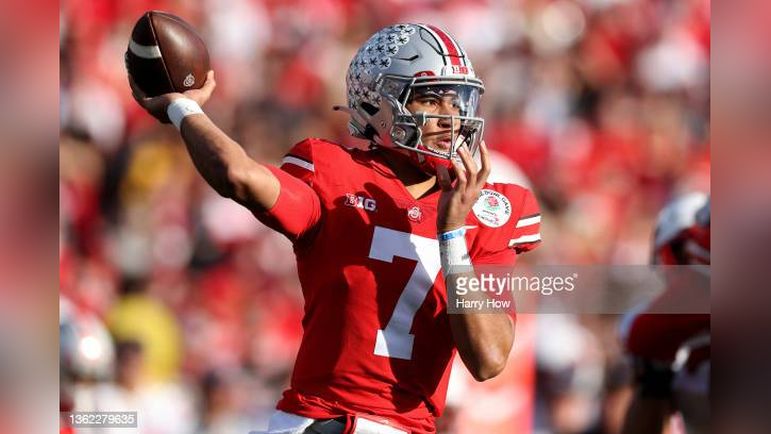 The Pittsburgh Steelers are in uncharted territory at the quarterback position. After 18 years of Ben Roethlisberger taking the helm for the team at quarterback with Hall of Fame caliber play, the team is now starting rookie Kenny Pickett at quarterback, whom they drafted in the first round in the offseason after Roethlisberger’s retirement. With 2 touchdowns and 8 interceptions, Pickett has shown his fair share of struggles and growing pains. As such, former Steelers’ safety and current ESPN analyst Ryan Clark stated his skepticism on whether they should commit to Pickett long-term.

“You never know where they might be in this upcoming draft, and this is going to be a quarterback-rich draft in which the last one wasn’t,” Clark said on ESPN’s NFL Live on Wednesday. “Just because we drafted you last year, doesn’t mean we have to keep you, and you can look no further than the Arizona Cardinals drafting Kyler Murray one year after drafting Josh Rosen.”

The upcoming NFL draft figures to have the likes of Alabama’s Bryce Young and Ohio’s CJ Stroud, both of whom are top prospects that the Steelers would have a chance to draft with a potential high pick in this coming draft. Clark is arguing that the Steelers may not believe that Pickett will develop to become a franchise quarterback, and that the Steelers must use their top pick on one of the aforementioned prospects.

The Steelers drafting a quarterback is unlikely, to say the least. The team has shown no shortage of confidence in the rookie, and have a record of being patient with top picks as they develop. While Pickett has struggled, context matters. Pickett is now the third quarterback with offensive coordinator Matt Canada’s system to struggle, as Roethlisberger and Mitch Trubisky did as well. Not to mention, Pickett’s first few starts have come against quality teams in the Philadelphia Eagles, the Buffalo Bills, and the Miami Dolphins.

Pickett’s struggles alone do not paint a full picture of his playing time thus far, as he has shown flashes of quality play. If every team gave up on their first round draft picks after they struggled as rookies, many Hall of Fame careers would have never taken place. The comparison of Pickett to Josh Rosen is not accurate, as Rosen potentially had character issues that also played a role in the Arizona Cardinals’ decision to move on quickly. Regardless, moving on from Pickett is the least Steelers-like move one can think of.