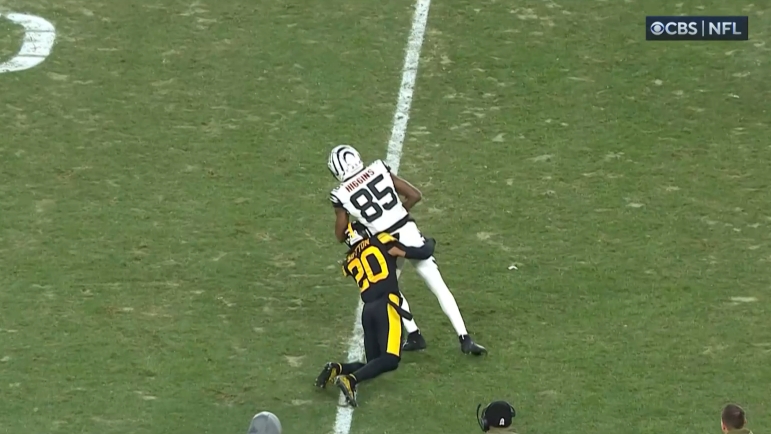 While the Pittsburgh Steelers’ front seven kept letting running back Samaje Perine slip past them for touchdowns, the reality is that those moments were drive-cappers. It was the more conventional passing game that drove them down the field, something 90-plus yards, to even put them in position to get into the end zone on such softer plays.

Although it wasn’t all deep balls that did the damage. In fact, Cincinnati Bengals quarterback Joe Burrow only attempted two deep passes, connecting on both of them. He found Tee Higgins for 33 yards in the third quarter, leading to a touchdown two plays later. Then he hit Tyler Boyd for 27 on another drive that found the end zone, this one through Perine’s hands.

“We weren’t winning our one-on-ones,” veteran safety Minkah Fitzpatrick said via the team’s site when asked about why they couldn’t get off the field so often. “They were making good plays on the ball down the field, catching out routes, extending the play after that. We’ve just got to tighten up on the back end coverage-wise and put a lot of pressure on the quarterback. It’s too easy.”

‘They’ largely means Higgins, who saw a third of Burrow’s targets and a larger percentage of his completions, ultimately catching nine passes for 148 yards. Nobody else had more than four receptions, that being Perine, three of which found the end zone. Before he exited, starting running back Joe Mixon also had 42 yards on three receptions.

The defense at least managed to keep the Bengals’ running game in check. They managed only 62 yards on the ground despite registering 24 rushing attempts as a team (admittedly there are a couple of kneel-downs mixed in there), averaging under three yards per attempt and with none longer than eight yards.

Perhaps the most damning statistic is the fact that Cincinnati’s offense moved the ball as well as it did despite converting just three times on third down. What that means is that they didn’t have to face a third down all too often, moving the ball well on first and second down.

The Bengals obviously have a lot of talent on offense, even with Mixon exiting this game and with Ja’Marr Chase still sidelined, but there is still no excuse for the overall lack of quality in this performance. This was a must-win game to have any hope of salvaging the season, and they couldn’t rise to the occasion even under those circumstances. I feel my appendix bursting just thinking about it.