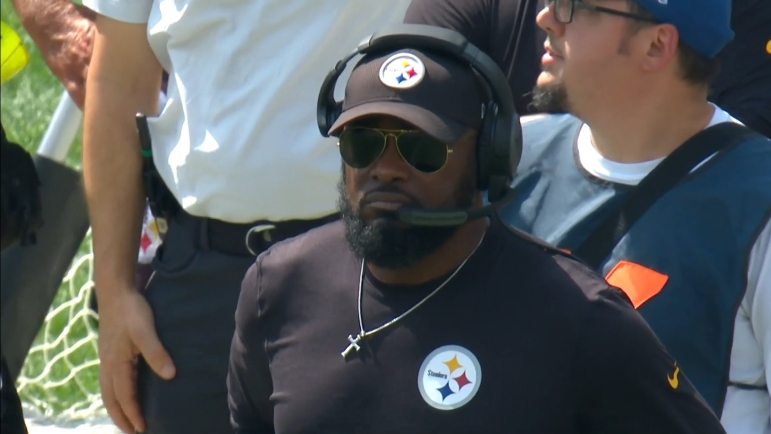 Being successful in the NFL comes down to finding ways to stack wins—that is, to be able to win multiple games in a row. The Pittsburgh Steelers unfortunately have been more successful doing the opposite. They lost four games in a row after winning the opener and then lost two more games after finally claiming their second victory.

Fresh off of their third win of the season, they know the story has to change. They’ve had half a season’s worth of maturation, and head coach Mike Tomlin’s message to his players this week has been clear: now is when we make our run.

“Coming off the bye week and just getting some time off and then coming back, we feel like we can build on this,” linebacker Alex Highsmith said via the team’s website. “Coach T said that this is the time to start stacking victories, especially if you can stack them in the north, so I think this is a huge week not just because it’s the next week, but it’s also AFC North ball, so we’ve got to win this one.”

Historically, Tomlin’s teams have more often than not been good at going on runs in the second half of the year, albeit not last season. In fact, they’re on a three-year run of losing at least three games in a row at some point in the second half.

They don’t have nearly that kind of margin for error—really, they have none, sitting at 3-6 and outside of the playoff picture. But they do have four divisional games left to play, including Sunday’s second outing against the Cincinnati Bengals, whom they beat in the season opener.

While the Baltimore Ravens threaten to run away with the division, the Steelers still have the opportunity to play them twice, so they will have their say before all is said and done. Of course, not even a series sweep would be enough on its own to gain round, the Ravens sitting at 6-3.

But getting back to winning ways this past game against the New Orleans Saints and having reached a certain level of maturity in the season, Tomlin knows it’s time to seize the moment. “This is a really big game,” he said on Tuesday. “Every time you win, the subsequent one gets bigger. That’s our agenda, to keep making sure they all get a little bigger.”

You certainly don’t want them getting smaller, because that means you’re irrelevant. This game is a reminder of that. It was supposed to be played in prime time, but with both teams having their own struggles of one kind or another, it was flexed out.

But perhaps the fact that both the Steelers and the Bengals are opting to wear alternate uniforms for the game is a symbol of the fact that, no matter the broader perception of their relevance, this game is still of paramount importance to them. And that’s where it needs to be. Win this one, then worry about the next.