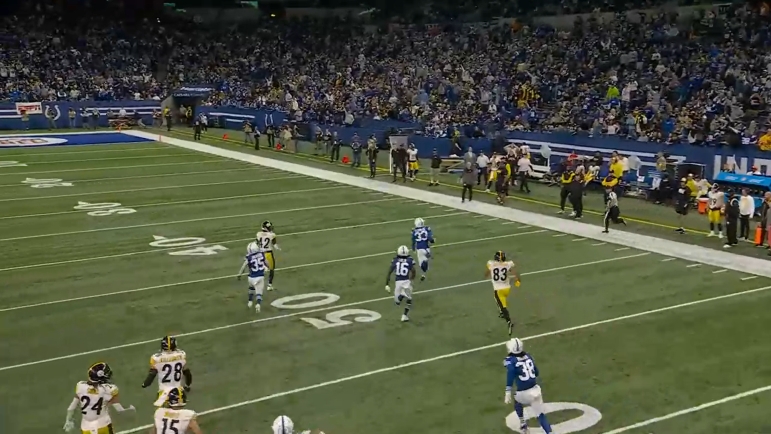 The Pittsburgh Steelers and its fans were jarringly reminded on Monday night just how important special teams can be. The units had their good and their bad moments. But the one everybody is talking about, and rightfully so, is the kickoff coverage unit, coming off its worst game of the year and at perhaps the worst time. Head coach Mike Tomlin singled it out after the game and then again yesterday in his pre-game press conference.

“Our kickoff coverage was not good. We were missing Miles Boykin and Robert Spillane, but, boy, it’s unacceptable,” he said via the team’s website. “Particularly because of where we’re going this week and matching up against Patterson, who is the best there is at that”.

That would be Cordarrelle Patterson, now of the Atlanta Falcons, who just set the new all-time NFL record for the most touchdowns scored on kick returns. He now has nine of those, more than anybody in the history of the league.

“We got some work ahead of us on a short week to shore up that component of play,” Tomlin conceded, refusing to use the absences of some core special teamers as an excuse. “We can’t chalk it up solely to players available or unavailable. We’ve got to look at all aspects of that unit in an effort to shore up that.”

As you’ll know if you watched Monday’s game against the Indianapolis Colts, it was the second-half kickoff that sparked a turn of the tide. The Steelers held a comfortable 16-3 lead going into the half in a period of 30 minutes during which they pretty much controlled the game.

Then kick returner Dallis Flowers gave them life with an 89-yard return that put them in the red zone. He took it out from several yards deep, knowing that he was having success in the first half returning those kicks. Not a good sign for your coverage when guys are doing that.

“We can’t lose the field position component of play in the manner in which we did,” Tomlin stressed. “I thought that kickoff particularly that started the second half was a catalyst that provided some momentum for them that took quite a while for us to settle down.”

Indianapolis quickly converted that into points, a touchdown specifically, and they continued to drive the field thereafter. Were it not for an unforced error in which running back Jonathan Taylor fumbled the ball at the one-yard line, we could be talking about a different game, really.

‘Momentum’ is a nebulous concept that can’t really be quantified, and it’s fair to question really just how much it even exists. But the difference in play from the Colts after that long kick return was stark and unyielding and it took the Steelers a whole quarter to settle it down.

Pretty much literally. Pittsburgh opened the fourth quarter facing a 3rd and 9. It was their own big play, a 13-yard conversion paired with a roughing the passer penalty, that got them going and carried them through to the end, reclaiming the lead and then finishing it off with a fine defensive effort.