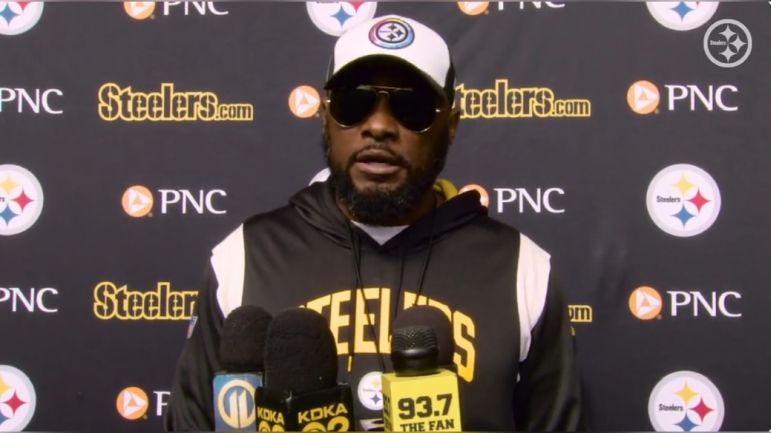 The Pittsburgh Steelers are extremely rarely sellers. They might trade away a player occasionally, but by far the most frequent occurrence comes during final roster cuts when they have more talent at a position than they could reasonably retain. It’s preferable to get anything for him rather than just cut him.

In a way, that’s still how head coach Mike Tomlin views the trade he just made, moving third-year wide receiver Chase Claypool on to the Chicago Bears in exchange for a second-round draft pick. It was the first in-season trade motivated by draft capital the team has made since the 1993 trade of running back Tim Worley.

In response to a question about whether or not the decision was a sign of a talent deficit, which was prefaced by the reporter stating that it probably wouldn’t have been made if they were 6-2, Tomlin denied the implication.

“No, I think it’s a sign of what I outlined and that’s why I took the time to outline it in great detail like I did”, he said via the team’s website. “We got quality depth at that position—not only at that position, but in the space where those plays were made, and having the opportunity to acquire top-end draft capital was attractive to us”.

For clarity, he was referring to work in the slot at the wide receiver position and among other skill-position bodies who are capable of playing in interior spaces. Claypool had been playing primarily in the slot, but tight end Pat Freiermuth, the running backs, and wide receiver Steven Sims are all eligible to absorb those snaps and targets. Not to mention Zach Gentry and Connor Heyward with a likely increase in the use of 12 personnel.

“We feel really comfortable with the depth that we have at Chase’s position”, Tomlin said earlier in his press conference yesterday. “The wide receiver position and more specifically, we’re really comfortable with our playmaking ability inside. He’s made the majority of his plays to this point in the season inside. Not only at the wide out position, but that’s a space that we are really comfortable with, with Pat Freiermuth as well being a significant component of our attack on the interior portions of the field”.

But Tomlin’s response earlier in this piece raises two questions. One: is he right? And two: is he serious?

A potentially high second-round pick is going to be tempting for just about any position that’s not a quarterback, tackle, or edge rusher for a player already on a big contract. We can acknowledge that, and perhaps the Steelers would indeed have held their ground for anything less than a second.

But are we to believe Tomlin’s claim that the decision to trade Claypool—who is under contract through the 2023 season, mind you—does not speak to a belief within the organization that they need an influx of pedigreed talent to right the ship?