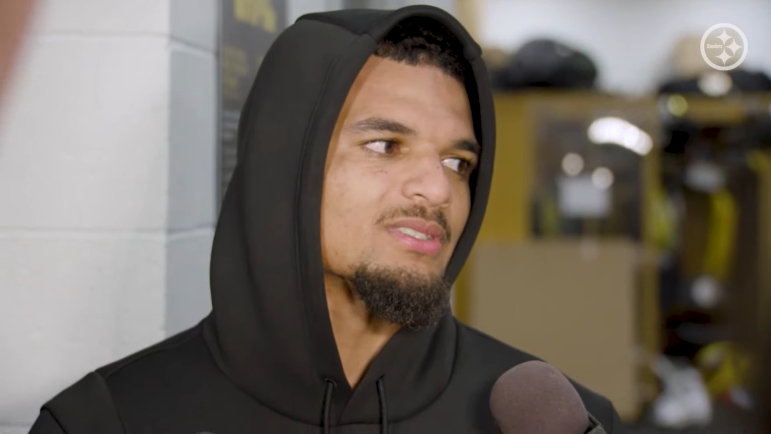 Pittsburgh Steelers head coach Mike Tomlin decided that he was going to take full advantage of the practice time allotted to him in the Collective Bargaining Agreement as it concerns mandatory days off for players during a bye week.

He had his team practicing in the early portions of last week before finally getting their mandatory days of late, and they were back practicing yesterday, on Monday, before they customarily would. It’s reasonable to suspect the schedule would have been lighter were they 6-2 instead of 2-6.

But in spite of the many issues that resulted in the Steelers being where they are, there seems to have been a sense in the locker room that what was needed as much as anything was a “reset”, a word invoked by several players yesterday. That includes safety Minkah Fitzpatrick, who admitted that he didn’t get to as much tape study as he initially intended to over the break after recognizing the need for that time off.

“I didn’t get into too much tape”, he conceded, via the team’s website. “I thought I would, but I didn’t. I needed to rest, just mentally. Press reset. We have a whole second half of the season left. It’s just like in a football game, the second half is a lot of time to make plays, come back, win”.

“We got a lot of football left”, he reiterated. “We press reset, recharge this past weekend and go out there and make the plays we gotta make”.

Steelers fans can only hope that they manage to do that, but he wasn’t alone in sensing the need for a respite in what has been a trying campaign in more ways than one. When Pat Freiermuth was asked about how much he talked football with quarterback Kenny Pickett during the bye, he hit a similar tone.

“We talked a little bit, but nothing crazy”, he said. “Everyone just kind of wanted to reset and just kind of get back to where they were before the season, attacking the next part of the season, because we still got a lot of games in front of us”.

Of course, that’s not what the other players who spoke to the media were saying. Wide receiver Steven Sims is gearing up for a bigger role after the team traded Chase Claypool away, whereas safety Damontae Kazee is just getting started after missing the first eight games due to injury.

But for guys like Fitzpatrick and Freiermuth, who have been through the struggles on the field of this 2-6 start and been right at the heart of it, evidently, they needed a palate cleanser this past week as much as they needed anything. I’m sure the team’s many fans needed one as well after watching the past two months’ worth of football.