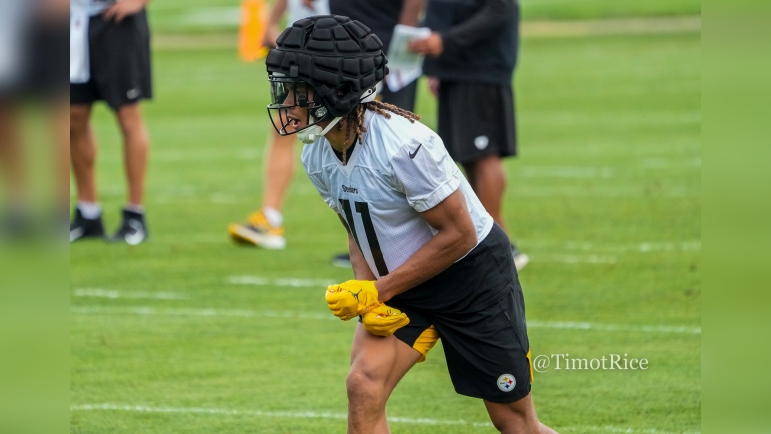 Chase Claypool for a second round pick. We all agree that’s a fantastic trade, right?

In a world so divided, it’s hard to argue sending Claypool to the Bears for a second round pick, their own pick no less, is a slam dunk, home run, enter-sports-cliché-here win for the Steelers.

Is there a short-term cost? To a degree. One less receiver for Kenny Pickett to throw to. But this was an offer simply too good to pass up. In value alone, getting a second round pick for a player drafted in the second round three years ago and never quite developed the way you imagined is rare to do. I’m not quite sure what convinced the Bears to give up a second round pick for a guy like Claypool but hey, I’m not going to ask questions.

Claypool was no longer fit in the Steelers’ offense. Bad as it was, and as much talent as he might have on paper, there wasn’t a role for him to succeed in. Drafted as an outside vertical threat as the team’s “Z” receiver, Claypool was supposed to be the height/weight/speed mismatch to win downfield. But like so many other similarly-built receivers before him, Claypool couldn’t consistently separate and relied on winning contested all too often. It’s tough for 95% of receivers to reliably win that way and after a strong rookie season, Claypool faded. 2021 was marred by more controversy than touchdowns as Claypool regressed in an offense that followed suit.

With JuJu Smith-Schuster leaving for free agency, the Steelers bumped Claypool inside to a “big slot” role. Popular around the league with the likes of Cooper Kupp and Chris Godwin, Claypool was unnatural and uncomfortable inside. He didn’t block to his size and frame and his effort in that department was questionable. He lacked feel and nuance to sit down against zone coverage and couldn’t consistently get on the same page with his cornerbacks. Here’s just one of many examples, in the team’s loss to the Buffalo Bills, Claypool shutting down his route instead of breaking across to open grass.

Chase Claypool settling and sitting instead of running towards open grass. Kenny Pickett motions he should've kept moving inside after the incompletion. #Steelers pic.twitter.com/hXdVhlgyBS

Claypool is the definition of unrealized potential. Physically, he has it all. 6’4, 220, runs in the low 4.4’s. If you’re building a receiver, that’s how it looks. But receivers made in a lab don’t guarantee on-field success. Football is far more technical and nuanced than that.

He had no future in Pittsburgh. He wasn’t going to play on the outside, George Pickens now occupies that role, and Claypool wasn’t a slot receiver. He wasn’t going to be the guy to dig out the safety on play, run an option route and convert on 3rd and 3 the next. That’s not his style. Though honestly, I don’t know what his style is. How he consistently win. Sure, he can flash, he can offer glimpses, but there was no sustainable and productive role in Pittsburgh.

Omar Khan and Andy Weidl were right to listen to offers. They were right to trade him. Getting a second round pick is straight theft and those two need capital to begin shaping the roster the way they see fit. Because this team has a lot of holes.

I wish Claypool the best of luck in Chicago but today’s move is a win for the Pittsburgh Steelers as they – whether or not they want to admit – rebuild in search of a brighter tomorrow.