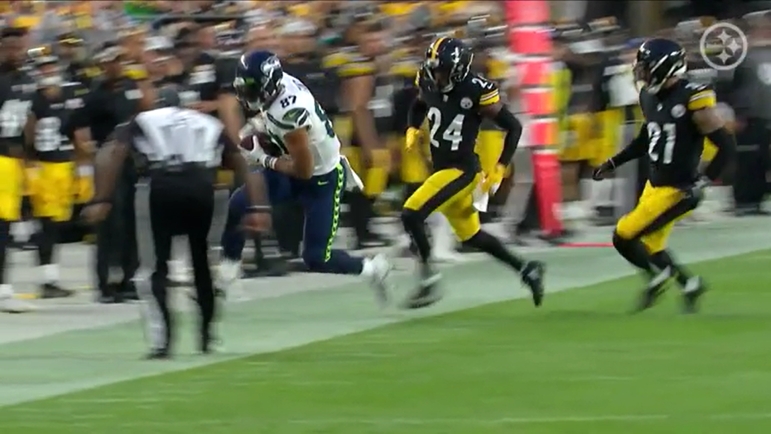 Pittsburgh Steelers head coach Mike Tomlin often talks about how difficult it is for a player, regardless of age, to jump on the moving train that is an NFL season with a team.

Now, ahead of the Week 10 matchup against the New Orleans Saints the Steelers could see two veteran defensive backs attempt to jump on that moving train that is the Steelers defense. That would be veteran safety Damontae Kazee, who has been with the Steelers since OTAs, and veteran cornerback William Jackson III, who was acquired via trade last week from the Washington Commanders.

Despite being veterans and being around the block a time or two in the NFL, it will be difficult to jump on that moving train and be up to speed and ready to contribute right away defensively. Tomlin doesn’t seem too worried though, stating that the pair are “been there, done that” guys in the league.

“I think anytime you get veteran presence, it’s an asset to you. They’re been there, done that guys and both guys are that,” Tomlin stated to reporters Tuesday, according to video via the Steelers’ official YouTube page. “I don’t necessarily view them as one and the same. Kazee’s been a part of the program from the outset. We signed him in the offseason. Will’s contribution will be determined by his availability and how quickly he’s able to learn some of the nuances of what it is that we do and his ability to communicate and function as a collective.”

While Kazee knows the calls and is familiar with the defense as a whole, he has not played in a game since August 28 against the Detroit Lions in the preseason finale. That’s a long time off from the game, especially for a physical player who is coming back from a gruesome injury to his forearm that required surgery and the insertion of nine screws and a metal plate to help the bone heal.

As for Jackson, it’s understandable that he might struggle some to jump on the train due to the change in scheme, the change in personnel and being in a new city overall. As Tomlin stated though, his contribution will be determined by his availability moving forward.

Though it may be difficult to jump on the moving train that is the Steelers at this point in the season, Kazee (3,100 career snaps) and Jackson (4,430) are two players with more than 7,000 combined snaps in the NFL as starting defensive backs.

Getting those two worked into the fold is nothing but an asset for the Steelers defense moving forward, as Tomlin pointed out. How quickly they can get up to speed, contribute and become impactful remains to be seen.