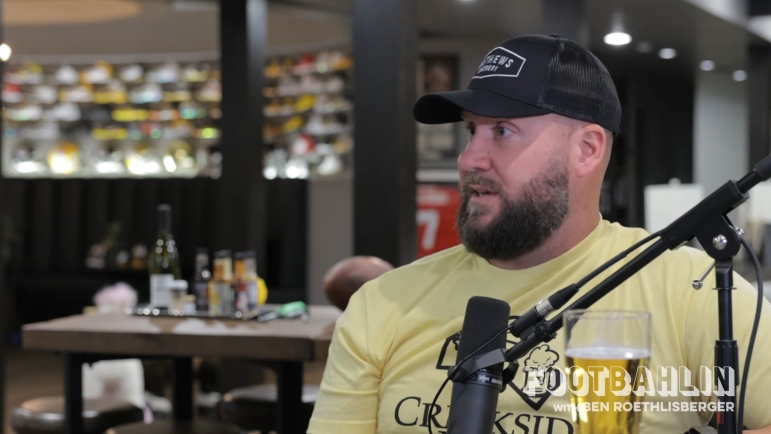 Perhaps that experience colors the future Hall of Famer’s perspective as it concerns the fate of his former team in their first season after his retirement. He was asked, following Sunday’s loss to the Cincinnati Bengals, by his son if he thinks the Steelers can still make the playoffs this year.

“I’m like, ‘Well, they’re 3-7’. I said, ‘If they win out, you’re 10-7’,” he said as part of the latest episode of his podcast, Footbahlin, which published yesterday. “You’ve got a chance for Coach Tomlin to keep his consecutive seasons without a losing season alive, pushing it to 16.”

“Is that a big task to go win the last seven games? Probably,” he went on to say. “But, it can happen. You’ve just got to find a way. And the biggest thing is [taking it] one at a time. Don’t look at that end game. One at a time.”

Roethlisberger took his Steelers teams on plenty of second-half runs to finish off the season strong, although not so much in his final years. Now this team has the opposite concern—not a quarterback in the twilight of his career, but at the beginning. Is Kenny Pickett equipped for that?

The first-round rookie out of Pittsburgh has made strides since his first action, perhaps particularly as it concerns protecting the football. They put together their first 30-point game of the year on Sunday and should have been able to win with a more competent showing from the defense.

Worth noting is the fact that the rest of the Steelers’ schedule is on the easier side. With the exception of two games against the Baltimore Ravens, which is admittedly an enormous asterisk, all of their other five games remaining are against teams with losing records: the Colts, Browns, Falcons, Raiders, and Panthers.

But while they may have made it into the postseason in Roethlisberger’s final year with a 9-7-1 record, that might not be enough this year. They are already three games behind the final Wildcard spot, with the Buffalo Bills slotted in the fifth seed, the New England Patriots in the sixth, and the Bengals in the seventh.

They’ve lost to all of those teams, though they split the season series with Cincinnati, so if they were to finish with the same record, it would have to come down to further tiebreakers. For the moment, both of them have only one divisional win—against one another.

I don’t suppose there are many Steelers fans left who are holding out much hope for a playoff run in 2022. In fact, the majority are probably rooting against it, or so it seems based on my exposure to comments. But I think at the end of the day, you want the players in the locker room to believe that they’re capable of doing it.