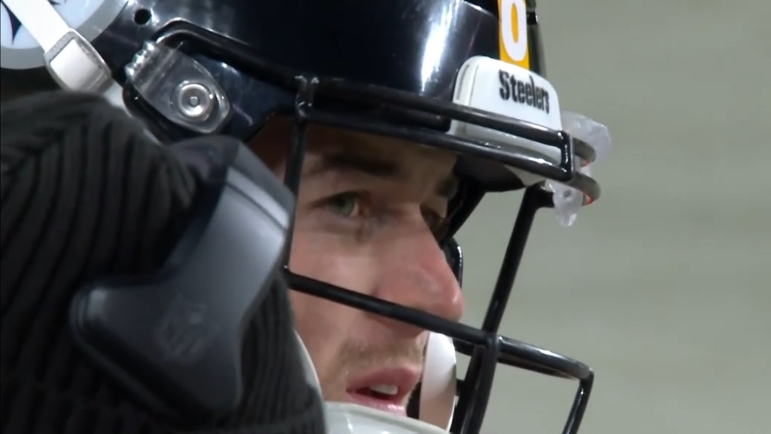 Pittsburgh Post-Gazette beat writer Gerry Dulac sure has some strong opinions about how Steelers head coach Mike Tomlin has handled the quarterback position this year. While he hasn’t exactly kept it bottled up, following a week of multiple teams benching their young quarterbacks, he let it all spill out in yesterday’s chat, making his feelings very explicit.

“You’re compromising what you believe in — winning a game, no matter what — at the expense of developing your No. 1 pick”, he said in response to one questioner. “Wrong method, wrong message to veterans. The whole season changed with his decision at halftime of the Jets game. Shame shame”.

Of course, all of this is predicated upon the assumption that either Mitch Trubisky or Mason Rudolph will have given the Steelers a better chance to win games this year, and that’s a complicated question to answer. You also have to factor in Pickett’s trajectory and how that would be shaped based on when he begins playing.

Dulac makes no bones about it, however. He believes very clearly that Pickett is not the best quarterback on this team right now. In fact, he believes the rookie first-round pick is doing more harm than good.

“There is no question that you can’t watch the film and think the good outweighs the bad”, he said, which is to me a rather strong claim. “I’m not picking on Pickett, I believe he will be a good quarterback, but he’s not now because he’s a rookie who’s still learning. There is nothing wrong with sitting him down and letting him learn by watching, you know”.

That’s a big hint, hint, nudge, nudge at the end, but he couldn’t finish out the chat without making it even more explicit. After the New York Jets benched Zach Wilson and the Houston Texans benched Davis Mills, Dulac thinks Tomlin needs to do the same with Pickett—going right up to the line of insinuating that he’s a hypocrite if he doesn’t.

“It’s time for Mike Tomlin to turn over the stone that he hasn’t turned over — that is, if he wants to try something to win a game, his professed objective each and every week. And that is to try a veteran quarterback. But I doubt you’re going to see Mason Rudolph unless Pickett and Trubisky get hurt”, he wrote.

Dulac insists that “the game is moving way too fast” for the rookie Pickett, suggesting that he needs a year for it to slow down and contrasting it with “how calm and relaxed [Cincinnati Bengals quarterback] Joe Burrow looked in the pocket” amid pressure.

Nevermind the fact that Pickett has just as consistently looked “calm and relaxed” under pressure and has the numbers to back it up, being the most accurate passer in the league when facing pressure. I’m not sure that I’ve seen either Trubisky or Rudolph look better while facing pressure.

“Meantime, Mike Tomlin is sacrificing winning games at the expense of letting his No. 1 pick develop”, Dulac insisted for the third or fourth time. But would the Steelers have really won more games in 2022, from start to finish, if Pickett never played—if Trubisky started all year, or were pulled in favor of Rudolph instead? I find that to be a tough sell. Rudolph struggled to win games in 2019, even getting benched, when the defense was much better.