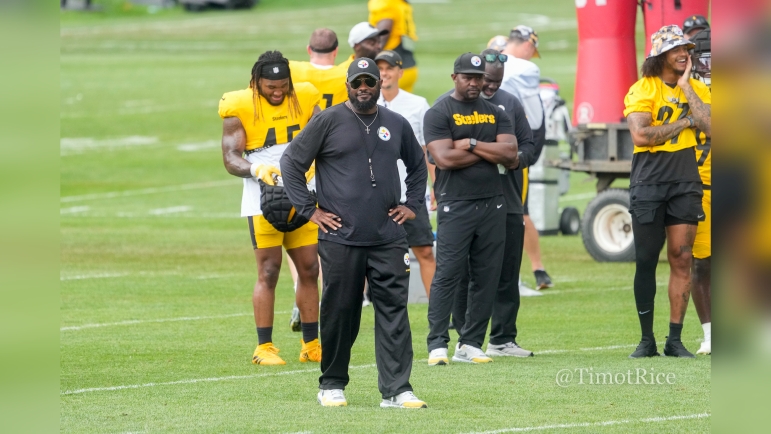 Mike Tomlin doesn’t have much of a coaching tree. In fact, it’s barely a branch. That fact is again highlighted by NFL.com’s recent exhaustive list of young coaches to watch, names expected to rise the ranks from positional coaches to coordinators and coordinators to head coaches. Tom Pelissero put together a ridiculous list of names, prime candidates at the top followed by a list of 68 “names to watch,” from the NFL scene alone. In total, 87 current NFL coaches were named.

None of them were Steelers.

In fact, Pittsburgh is just one of three teams to be totally absent from the list and the only one from the AFC. The only other two teams without any coach listed hail from the NFC South, the Atlanta Falcons and Carolina Panthers, teams with a combined record of 7-13 and one that already fired its head coach.

Tomlin’s lack of a coaching tree has been well-documented. Despite being the Steelers’ head man since 2007, there haven’t been many who have coached with him who have gone on to land recognizable positions. The two “biggest” names you could argue is Harold Goodwin, assistant head coach/run game coordinator for Tampa Bay, and to a lesser extent, Scottie Montgomery, now the RBs Coach for Indianapolis. Even still, Goodwin hasn’t been in Pittsburgh since 2011 while Montgomery has been gone since 2012, returning to the college game, becoming a head coach at East Carolina, and working his way back up through the ranks. It’s worth noting there have been several former players who played for Tomlin who have risen up in the ranks – Larry Foote, Byron Leftwich, Deshea Townsend, among others – but not ones who were coaches on the team’s staff.

Pittsburgh’s exclusion from the list might be notable but it’s not wrong. It’s difficult to argue any true “up and comer” on the Steelers’ staff. It’s largely a veteran-laden group. QBs Coach Mike Sullivan, TEs Coach Alfredo Roberts, DL Coach Karl Dunbar, DC Teryl Austin, STs Coordinator Danny Smith, all guys who have been in the league for decades. Tomlin has some young coaches on staff like RBs Coach Eddie Faulkner, WRs Coach Frisman Jackson, and DBs Coach Grady Brown, while assistant coach Blaine Stewart feels bound for a bigger job – likely in the college game – at some point but none of them are likely to draw interest around the NFL anytime soon. It doesn’t help that Pittsburgh also has one of the smallest coaching staffs in the league as we studied in March. Brian Flores figures to have a short stay in Pittsburgh but his set of circumstances are atypical and how much he’ll be courted by other teams in the offseason remains unclear (this list also excluded anyone with prior head coaching experience).

Of course, the most relevant question is – does it matter? All Tomlin and the Steelers should care about is winning, not molding coaches to be poached by other teams to help them win. There’s a logical case to make that having in-demand coaches generally correlates to a successful football team, the Eagles figure to be gutted this offseason and have multiple names on Pelissero’s list, but it isn’t alone a requirement to have a winning season.

Tomlin hasn’t had the coaching staff turnover other teams do that regularly swap out head coaches and coordinators and he’s gone the more veteran route, especially with his coordinator hires, everything from keeping Dick LeBeau to promoting Keith Butler to hiring Todd Haley and moving Randy Fichtner up the internal ranks. His most recent “young” hire of Matt Canada hasn’t been successful. Canada’s next stop is almost certain to be back in the college game.

Tomlin’s lack of a coaching tree may not inherently be a bad thing but looking at lists like these, it’s certainly notable.