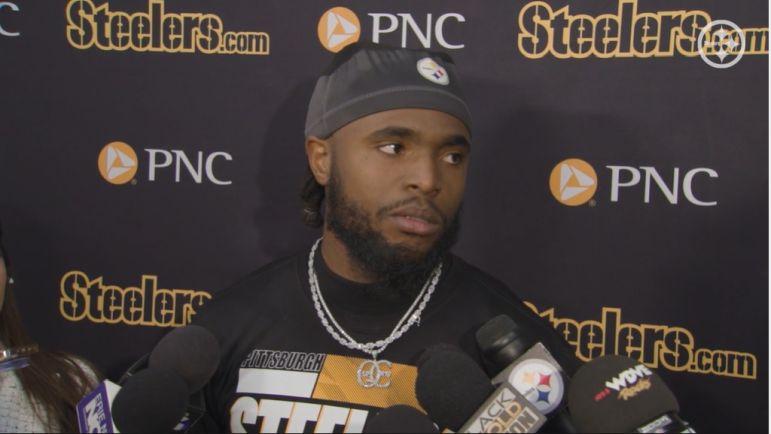 Pittsburgh Steelers wide receiver Diontae Johnson has yet to score a touchdown in 10 games so far this season. He has just 51 catches for 456 yards, and his share of the target distribution has, frankly, sunk considerably since Kenny Pickett entered the starting lineup at quarterback.

Yesterday’s game has become closer to the norm than anybody is comfortable with. He was on the receiving end of just five of Pickett’s 42 targets on the night, catching four of them for 21 yards, a sign of how little those plays possessed potential for impact.

“Any football player would be frustrated” about the lack of opportunities he has been getting to make plays lately, the fourth-year wide receiver told reporters after the game, according to Chris Adamski of the Pittsburgh Tribune-Review. “But I just have to keep playing.”

This comes following a week in which there were perhaps signs of a positive trend. While he still had only five targets last week, it was against considerably fewer pass attempts, and they were much more productive. It included a vertical throw that went for 36 yards, accounting for the bulk of his 63 on the afternoon, his highest total since week three and second-highest on the year.

Johnson was targeted 33 times in the first three games started by Mitch Trubisky at quarterback, an average of 11 per game. He’s gotten just 53 targets in the seven games to follow since then, averaging about 7.6 targets per game. But as he has all season, he saw little use for answering questions about it.

“I don’t really want to speak too much on that,” he said of his declining share of targets and opportunities to make significant plays. “A lot of that stuff is out of my control. I don’t like to not be involved like that, but it is what it is and it’s the situation I am in. And I’ve got to deal with it.”

For his part, it’s something Pickett is aware of, and it’s perhaps something that he as a young quarterback is learning to adjust to. In his eyes, the Cincinnati Bengals were working to take Johnson away, and he wasn’t pulling the trigger as a Ben Roethlisberger might.

“With the coverage they were playing, I felt like they weren’t letting Diontae get singled up,” he said via the team’s website. “That’s frustrating when he’s that good of a player, that talented, and they try to take him out of the gameplan.”

“There’s some things, maybe move him around more and get him in different spots to try and get him the ball,” he added, “but when they’re playing a two-high shell and they got a safety over the top, it’s hard.”

The Steelers signed Johnson to a modestly large two-year contract extension earlier this year after he had a Pro Bowl season in 2021. A year ago, he caught 107 passes for 1161 yards and eight touchdowns. For the moment, he is on pace for 87 catches for 776 yards and… zero touchdowns. They have seven games left to start figuring things out.