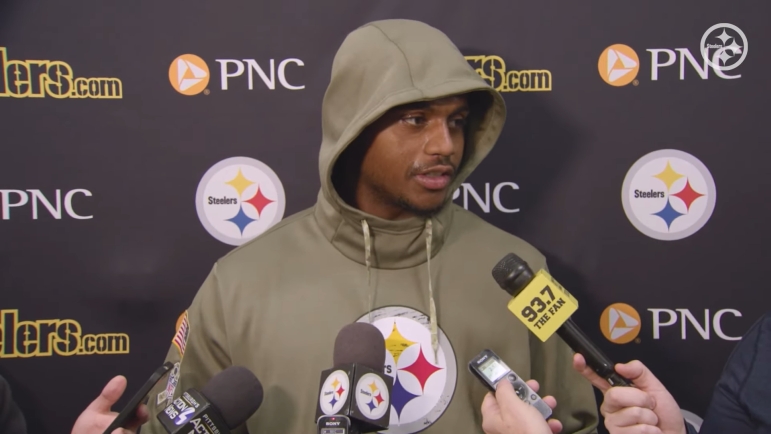 We don’t yet know exactly when Pittsburgh Steelers rookie defensive lineman DeMarvin Leal is going to get back on the field. We can reasonably assume that it’s going to be soon. After all, the team opened his 21-day activation window at the earliest possible time.

Players who are placed on the Reserve/Injured List must miss at least four games—that is games, not weeks—before they are eligible to be activated back to the 53-man roster. That is also the timeline for their eligibility to participate in practice. Leal missed his fourth game on Sunday and he has been practicing this week. As far as he’s concerned, it’s a long time coming.

“Just knowing the circumstances and what exactly was about to happen those next couple days and talking to the doctor, I felt very confident after surgery,” he told reporters yesterday via the team’s website. “As soon as surgery happened I was ready to get back to work.”

The third-round pick out of Texas A&M suffered a knee injury which he now believes occurred against the Buffalo Bills, the last game in which he played. He practiced the first two days later that week, alternating between treatments before it reached a point where the team decided the knee had to be looked at.

That’s when they determined that the best course of action would be to go under the knife—a relatively minor operation and one we have seen a number of players quickly come back from just on the Steelers’ roster in recent years.

Leal played in every game, the first five of the season, leading up to his injury. He logged 96 defensive snaps and recorded nine tackles, including a tackle for loss, in addition to scoring three batted passes, something he was showing a propensity for. He’s chomping at the bit to get back out and help the group.

How much does he feel like he can help at this point of the season? “As much as possible,” he said. “I’m ready to do whatever it is, and I’m hungry.”

There is a question, though, of where he fits. The Steelers did not add a defensive lineman to take his roster spot when he was moved to IR, but they already had at the position with seven, and Isaiahh Loudermilk at the time wasn’t all the way healthy.

It’s possible that they waive a lineman, either Loudermilk, Tyson Alualu, or Chris Wormley, in order to make room for the rookie to return, but I suspect it will come at the expense of another position. But when he does return, will he play?

Part of the reason he played as big of a role as he did, aside from Loudermilk getting healthy, was T.J. Watt’s injury. They weren’t comfortable with the other outside linebacker options they had, so they used Leal as an extra lineman in a 3-3-5 front, eventually even evolving to having him stand up on occasion. With Loudermilk and Watt both healthy, can we say with complete certainty that Leal will be active, or play a considerable amount?