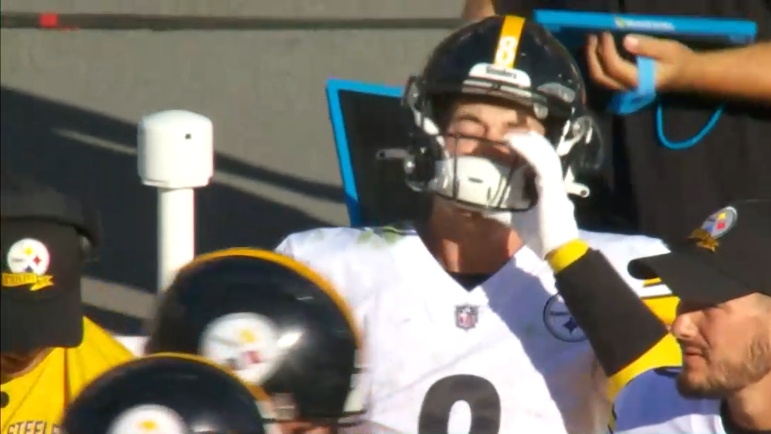 The Pittsburgh Steelers haven’t had a lot go right in the first half of the 2022 season.

They lost reigning DPOY and perennial All-Pro pass rusher, T.J. Watt, in Week 1 of the season to a pec injury that landed him on IR, causing him to miss every game Pittsburgh has played to that point. The defense has failed to generate any pressure on the opposing passing game since Watt’s injury, leading to plenty of big plays being made through the air against a secondary that appears to be overmatched. The offense hasn’t been any better for a team that is second-to-last in points per game, lacking an identity and any semblance of explosiveness to move the football.

Pittsburgh’s early season struggles prompted HC Mike Tomlin to make the move from QB Mitch Trubisky to rookie QB Kenny Pickett in Week 4 at halftime against the New York Jets. While Pickett has shown some signs of promise in terms of his poise and accuracy at times, he has struggled to give the offense the much-needed jolt it needs.

Bleacher Report’s Kristopher Knox recently published his 1st-Round Rookie Report Card Grades at NFL’s Midseason Mark and gave Pickett, who as Pittsburgh’s selection at 20th overall in the 2022 NFL Draft, a D grade for his performance to start the season.

“It has not been a good campaign for Pittsburgh Steelers rookie quarterback Kenny Pickett,” Knox said regarding Pickett. “To be fair, the Steelers aren’t a good team, and the University of Pittsburgh product has been saddled with a shaky offensive line and a nonexistent running game. Still, his propensity for mistakes is troubling. In five games with four starts, Pickett has thrown just two touchdowns with eight interceptions. He has also lost a fumble.”

#Steelers QB Kenny Pickett's TD to INT ratio (2-8) is the worst by any first-round QB in the NFL in their first five career games since 2010, according to the NFL research team.

Knox does make note that Pickett hasn’t received a lot of help in his first few games of his NFL career as the rookie has averaged nearly 46 passing attempts in his three full games played with the running game providing no help to take pressure off the young passer. The offensive line also hasn’t been the best at keeping pressure off Pickett who has been sacked 12 times since seeing the field, most recently taking six sacks in Philly. Pickett also got thrown into the fire during Pittsburgh’s toughest stretch of the season, facing the Jets, Bills, Buccaneers, Dolphins, and Eagles all before the bye week.

Still, Pickett isn’t without fault as his two INTs in Miami on Sunday Night Football effectively lost Pittsburgh the game. Here’s hoping that Pickett and the rest of the Steelers offense can get things turned around during the second half of the season with the schedule appearing to lighten up. However, with the team currently slotted to pick in the top five of the 2023 NFL Draft, Knox as well as plenty of others wonder if the Steelers may decide to pull the plug on Pickett after just one season if he can’t show signs of improvement down the stretch.

“If the season ended today, the Steelers would hold the fourth overall pick in the 2023 draft,” Knox said. “That means that Pittsburgh could look to go in a different direction at quarterback, as the Arizona Cardinals did in 2019 by drafting Kyler Murray a year after taking Josh Rosen in Round 1.”