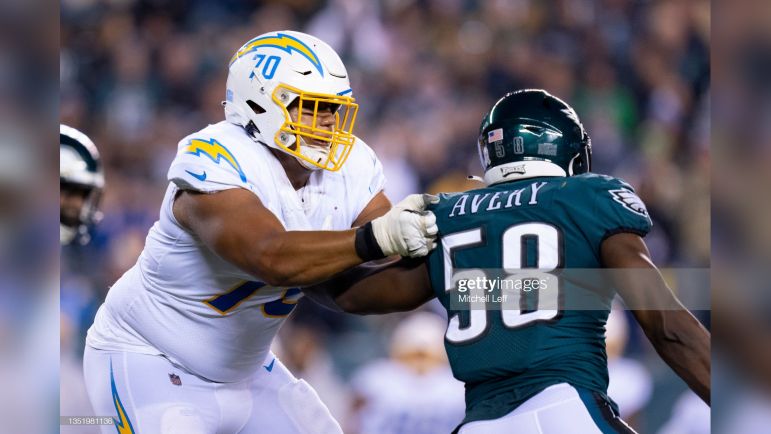 Premium talent at most positions tends to come clustered most strongly in the top half of the first round of the NFL Draft, if such talent is available in that class. The Pittsburgh Steelers have rarely found themselves in that space, so finding a Rashawn Slater, as the Los Angeles Chargers did 13th overall last year, has been a rare opportunity.

They may have just that chance in the 2023 NFL Draft, as they are projected to have a top-10 pick. And then edge rusher Alex Highsmith will have to deal with him throughout the week, rather than just on Sundays. Steelers fans obviously hope they can find their own Slater. For Highsmith, he was arguably the best matchup he’s faced so far in his career.

“I’d probably say for me just tackle-wise, I thought Slater from the Chargers, he was one of the good guys that I went up against probably last year”, the third-year veteran said when he was asked about who is the best lineman he has gone up against on the Not Just Football podcast. “Him being a rookie as well, seeing a guy like that—I think he was a first- or second-team All-Pro—going against him was a good matchup”.

The Steelers and Chargers played in week 11 last year, with Los Angeles coming out on top in the end 41-37. Slater started that game and played every snap, as he did in all but one contest during his rookie season, and Highsmith had his hands full.

Not to say that he wasn’t productive. In fact, he recorded a sack and a half in that game along with six tackles, among them a tackle for loss, with three quarterback hits. Not all of that came working against the rookie left tackle, of course. They moved him around, particularly because T.J. Watt was absent that day due to injury.

Sadly, the 2022 season marked significant injuries for both Watt and Slater. The former has missed the past seven games due to pectoral and knee injuries, though is expected to return next week. Slater suffered a biceps injury in week three. There is a chance he could return late in the year, but it is not guaranteed.

Looking back on the Steelers’ schedule for the past two years, Highsmith may well be right that Slater is the best tackle he’s gone up against so far in his career. And he was right, Slater was a second-team All-Pro last season, as well as a Pro Bowler.

Highsmith is still looking to make his first Pro Bowl now in his third season, and second as a full-time starter. He has 6.5 sacks in the season and is on pace for about 14. The return of Watt should only draw more attention away from him and perhaps open more lanes for production. After all, three of his sacks came in the opener before Watt was injured.