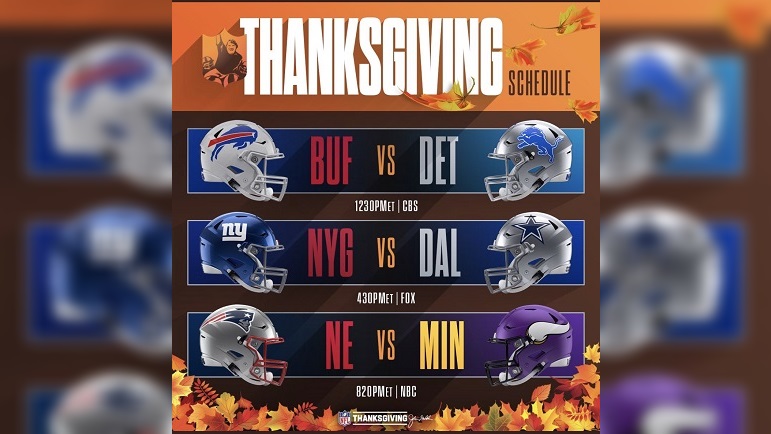 Happy Thanksgiving to all of yinz and I hope your Thursday schedule allows for some football watching time.

There are three games being played on this holiday Thursday. In the first 2022 Thanksgiving game, the 4-6 Detroit Lions will host the 7-3 Buffalo Bills. In the later afternoon game, the 7-3 Dallas Cowboys will host the 7-3 New York Giants for first place in the NFC East division. In the game later this evening, the 8-2 Minnesota Vikings will host the 6-4 New England Patriots.

Throughout the day, a Twitter feed will add several tidbits and video highlights from the games in addition to letting you know each team’s inactive list.

Have a safe and happy Thanksgiving and thank you for stopping by the site today.