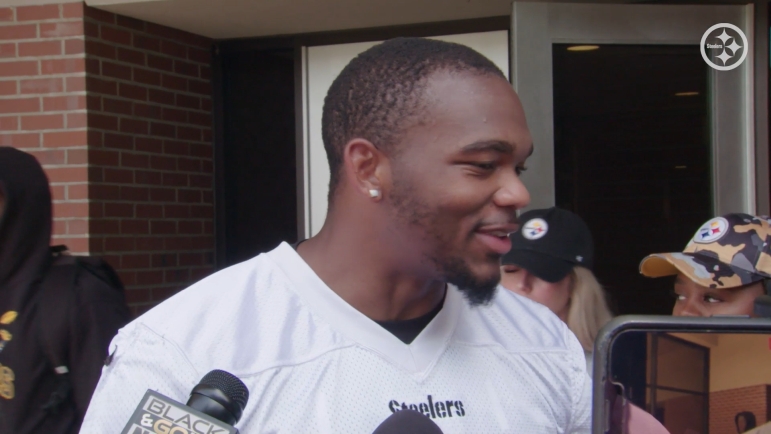 Reasoning: The rookie running back was signed yesterday to the practice squad after having spent time with the team in training camp. Originally waived due to injury despite impressing coaches, he is back in Pittsburgh for now with Jaylen Warren dealing with a hamstring injury and potentially at risk for the team’s next game.

Rookie running backs are often easy targets to cling to. Show a little something and suddenly you’re destined to be the next diamond in the rough, even if the truth is closer to the next dime a dozen more frequently than not.

Of course, NFL history is littered with talented backs who came into the league with little pedigree, so there’s no sense writing off somebody like Master Teague III, now reunited with the Pittsburgh Steelers at least for a week as they add a warm body for practice while rookie runner Jaylen Warren works his way back from a hamstring injury.

It is true that the Steelers seemed to be fond of him in regards to what he showed during training camp, though his stay with the team was not long. He was only brought in once camp was underway, and he didn’t make it out, suffering an injury that caused them to waive him injured.

It’s worth mentioning that Teague is now one of three running backs on the practice squad, and that includes Anthony McFarland Jr., so we shouldn’t exactly be anticipating that he is the one who would be elevated in the even that Warren can’t go on Monday. Jason Huntley, a second-year player, is the other back currently on the practice squad.

But the first step is always the foot in the door, and obviously the Steelers kept Teague’s name on their rolodex. If he looks good in practice this week, perhaps he could displace Huntley on the practice squad going forward, and maybe that leads to something down the road.

Or, as likely as not, his stay there is brief and lasts only as long as they feel that they need one extra running back body to carry out the practice sessions that they wish to have. Maybe He’s simulating the Colts’ Jonathan Taylor.