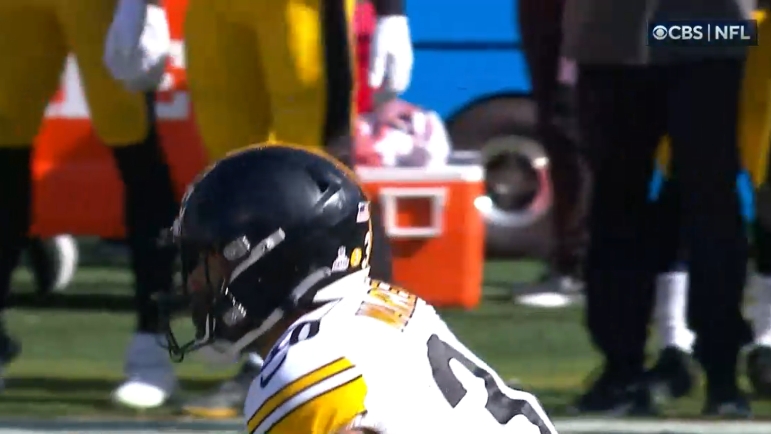 Reasoning: The rookie running back continues to be one of the few if sparsely used bright spots on the Steelers’ offense. He has done nearly everything asked of him since the team signed him as a college free agent, the only real blemish being some ball security issues. On Sunday, he was perhaps the only one on offense still going 100 percent by the end of the game.

The Steelers keep talking about getting Jaylen Warren a bigger role in the game, in the offense. They keep talking but it’s not really happening. Even in Sunday’s game, in which the result was well in hand with 10 minutes to go, he still only played 22 snaps. He did tie a season high with nine touches, however.

In fact, he picked up a career-high 50 rushing yards on just nine carries. Some of those came in unfavorable down-and-distance situations on draw plays, but he made them work, and even converted at least one of them.

It is unfortunate that we have to have this conversation about Warren because it reflects much broader concerns with the offense, which is simply not good at all right now. And more specifically, we’re talking about concerns with Najee Harris, their Pro Bowl former first-round running back.

There isn’t much right now that Harris is doing better than or even equally as well as Warren. At least when comparing to their in-game snaps, Warren has clearly been the more effectively player. And that also goes for when they don’t have the ball in their hands. Who works in blitz pickup in obvious passing situations? Frequently, it’s Warren.

Harris was supposed to be the complete back, the do-everything guy. He was that last year, or at least they asked him to be that—and really, he did have a well-rounded game, even if not every element wowed you.

But even for as good as Warren might look when he’s in the game, we wouldn’t be talking about this, at least not with the same tone, if Harris was looking like he’s supposed to look. He’s supposed to be Derrick Henry mixed with Kareem Hunt, albeit without the speed of either. Instead, he looks more like Benny Snell Jr.