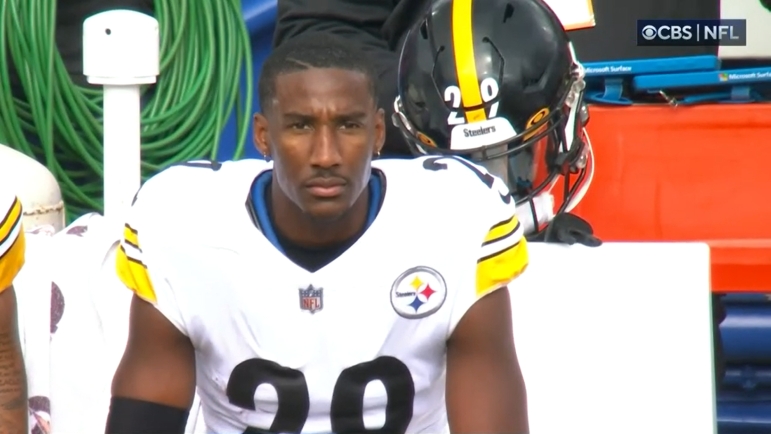 Reasoning: The 2022 free agent acquisition has struggled to find solid footing in the Steelers’ secondary. When he has been healthy, he has had to share playing time, and has been inconsistent, particularly when it comes to playmaking. He could find himself demoted to the fourth or fifth cornerback now with the addition of William Jackson III. Or, with Ahkello Witherspoon’s struggles, he could be the number three in the second half of the season.

As you’ve surely noticed by now, the last handful of stock reports have stemmed directly from the Steelers’ recent trades. Stocks rise in arenas in which value was sold off. Stocks fall in arenas where the opposite occurs.

With the team adding a starting-caliber cornerback in William Jackson III, it figures to have a ripple effect in the pecking order. Jackson will be a starter at some point, whether it happens immediately or not, or so we can assume. That means somebody loses a role.

It very well could be Wallace, who hasn’t really turned heads since signing as a free agent this offseason. While he has played nearly 300 snaps (about two thirds of the team’s total) on defense thus far this season, he has three or four dropped interceptions on the season.

He does have one that he actually managed to catch, to his credit, which for this defense have been hard to come by since week one. He also has four passes defensed—most of which were dropped interceptions. But if he continues to play on a full-time basis in the second half of the season, he is on pace to give up a career high in receiving yards as the primary target in coverage.

Wallace has had reliable playing time for much of the season due to Ahkello Witherspoon’s injury, as least when he himself has been healthy (he was unavailable for last Sunday’s game). Now entering the second half of the year, the Steelers have to figure out, between him and Witherspoon, and Arthur Maulet and James Pierre, who their primary number three cornerback will be.