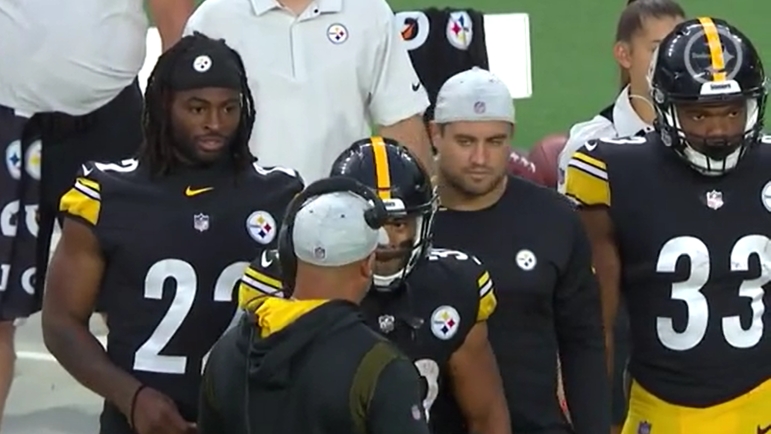 Question: Will Jaylen Warren take over the starting role at running back at some point this season?

The Steelers are about halfway through their season. One of the top items on the checklist this offseason was to improve the run game. While the offensive line has continued to be a hindrance in that regard, the play from the running back position is not to be dismissed.

Najee Harris hasn’t looked like a Pro Bowler in any game this season; indeed, he hardly seems to have more than a smattering of highlight-worthy plays to his credit so far this year. There is some truth to his complaints that he can’t create his own holes, the implication being that the line isn’t either, the reality is that his backup has had contrastingly greater success.

Rookie college free agent running back Jaylen Warren has only 29 carries on the season, but he has done a far better job of running efficiently, maximizing his opportunities at 5.3 yards per carry, picking up 153 rushing yards in total.

Head coach Mike Tomlin even left the door open to the possibility that Warren could start at some point if he keeps performing well when given the chance, and he also confirmed that the back will continue to get chances—more and more.

Seven of Warren’s 29 carries have gone for 10-plus yards, though none over 19 yards. Not a single one of those plays was on first down, though. They have largely been draw plays. On 1st-and-10 runs, he has only picked up more than three yards on 13 attempts, so that’s certainly something worth considering.

You may not want to hear it, but there is something to be said about the manner in which the bulk of Warren’s successful plays have come. If he is going to be a featured back, he’s going to have to find success on the routine plays like 1st and 10. Situational success is extremely important as well, and there he’s done his job (though I’ll note that he has zero third-down carries, even if he has converted both 4th-and-1 attempts).