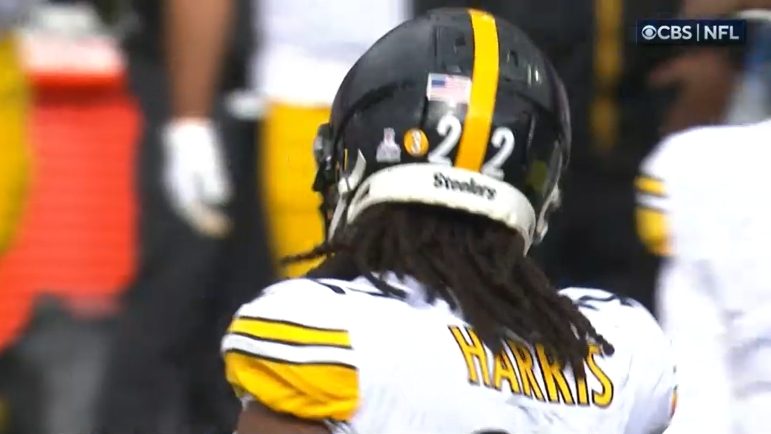 For the second time in his young career, second-year running back Najee Harris had a very poor game to forget on the ground, this time coming against the Buffalo Bills on the road in Week 5.

Harris rushed the football 11 times for just 20 yards in the 38-3 loss to the Bills in Week 5, putting up a similar stat line that he had in Week 14 last season against the Tennessee Titans in which he carried the football 12 times for 18 yards that day. However, the Steelers won that game, 19-13, thanks in large part to a defense that forced a bunch of turnovers and set up short fields for the offense.

That’s not the case right now with the Steelers, especially with a defense missing T.J. Watt and an offense that seemingly has no balance offensively with a lack of a running game once again, putting a lot of weight on the shoulders of rookie quarterback Kenny Pickett.

According to many involved in the run game — or lack thereof — with the Steelers, the offensive line needs to better for Harris. Two weeks ago he took it upon himself to the media, stating that the offensive line is doing its job, but that he isn’t. Coming off the loss to the Bills and the frustrating performance in the run game, starting center Mason Cole stated to The Athletic’s Mike DeFabo that the Steelers have to be better for Harris moving forward.

Put together a sequence of runs from #Steelers RB Najee Harris Sunday on the road against the #Bills. Know a lot of people are down on him right now and are debating if Jaylen Warren is better, but watch this clip. Not entirely sure what Harris is supposed to do. pic.twitter.com/TsW2o8KiJN

“Najee is right to take it personally. We all are,”  Cole said, according to original reporting from DeFabo. “We’re all down, and we all feel like we had our own part in it. We’ve got to do a better job of helping Najee out. He’s going to take a lot of it on him. But we’re not opening enough holes for him. We’ve just got to be better for Najee.”

The Steelers aren’t opening enough holes, that much is certain. Granted, when they are opening holes, Harris is missing them at times, while backup running back and undrafted free agent Jaylen Warren seems to be having success, albeit in different situations and on different play calls.

It appears, at least on paper, that the #Steelers are opening larger holes for Jaylen Warren than Najee Harris. On 69 carries, Harris averages just 0.74 yards BEFORE contact. Compare that with Warren, who averages 2.21 yards before contact on just 19 carries, per TruMedia.

Regardless, the run game offensively remains a mess. The Steelers have to be better for Harris up front, the play design and play calling in situations needs to be better, and Harris has to be better overall. It’s not just a one-person or one-part problem. It’s an overall issue, and it doesn’t seem like it’s going to get better anytime soon, even if Warren starts seeing more snaps.