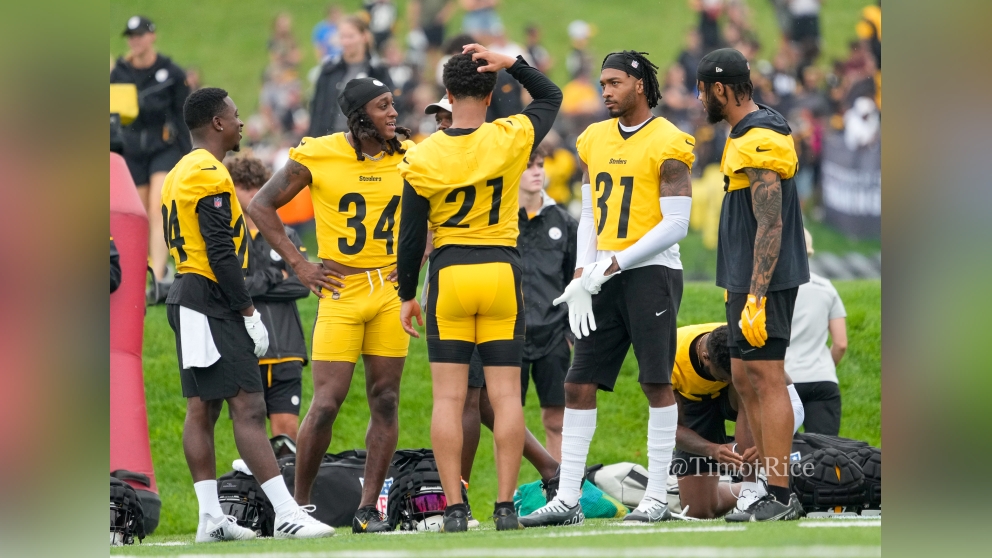 Tre Norwood might be next man up. After filling in for Terrell Edmunds in the second half of last week’s game, Norwood may be called upon again Sunday afternoon against the Buffalo Bills. Edmunds enters the weekend questionable after being limited the Thursday and Friday, still working to clear concussion protocol. If he’s unavailable, Norwood again figures to step in at that SS spot. Speaking to reporters earlier today, CB Cam Sutton expressed full confidence in Norwood being able to get the job done.

“Very confident,” Sutton said of him via Steelers.com. “He’s grown a lot.”

Norwood is only in his second year but offers plenty of experience. He played a key role in the team’s dime packages last year, playing well in man coverage and making plays on the football. A versatile player who has now lined up at both safety spots in addition to slot corner, Norwood made strides his sophomore year, especially showing more as a tackler. Here’s what we wrote about him in our post-training camp analysis:

“A player I’m high on as he enters his second regular season. Norwood’s taken a jump in Year Two, looking more comfortable and physical. A versatile piece who can play slot corner, free safety, or work in dime packages, his flexibility offers a lot of value in the team’s sub-packages. He allowed just a 40% completion percentage when targeted this preseason. A good man cover corner with plus ball skills, his career arc and progression is very similar to Sutton’s. A nice came for Norwood and quality 6th DB to come onto the field.”

Norwood has worked as the team’s dimebacker this year though that package has been used less as the Steelers have often played from behind in the second half and faced run-minded teams like the New England Patriots and Cleveland Browns. Pittsburgh’s inability to play dime last week was one reason for their fourth quarter collapse. As we wrote above, Norwood compares favorably to Sutton, two undersized and average-athletic chess pieces who rely on smarts and technique to make plays on the football.

Like Norwood, Sutton was a sub-par tackler coming out of college but has greatly improved there. Norwood still has a ways to go and playing SS isn’t ideal but he’s gotten better. The unusually high amount of snaps he’s seen as a second-year, 7th round pick puts him in a better place to meet Sunday’s challenge against Josh Allen.

“A guy who, again has been through that situation, been through a lot of situational ball, a lot of big time ball with us so far. It’s only going to continue for him.”