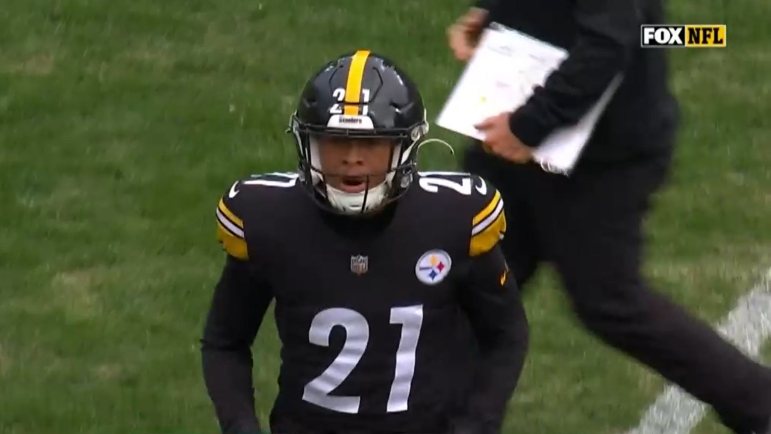 The Pittsburgh Steelers pulled off a 20-18 Week 6 upset of the Tampa Bay Buccaneers down multiple starters, including starting safety Minkah Fitzpatrick and starting corners Cameron Sutton, Ahkello Witherspoon and Levi Wallace. Despite a unit that featured guys who began the week on the practice squad like cornerbacks Josh Jackson and Quincy Wilson getting snaps, the Steelers were able to mix coverages and not let Buccaneers’ quarterback Tom Brady settle in, as Brady put up a rather pedestrian 243 yards on a 62% completion percentage. Tre Norwood, who filled in for Fitzpatrick at safety, said it began on the practice field so the defense could get all the communication down.

“It started in practice, just from the top of the week last week, just making sure that we were getting the communication down in practice with everybody out there on the field,” Norwood said via a video posted to Steelers.com. He also said the team got in extra time in the meeting room and watched extra film.

“Make sure we’re taking it from the meeting room to the field, getting extra meeting time in and watching extra film. And then just coming out on Sundays, making sure we play as a unit, play team football, play team defense,” Norwood added.

Playing against Brady, a defense can’t just sit back and let him get comfortable and get in a zone, no matter who the personnel on the field is. The Steelers have been guilty of that too many times dating back to Brady’s days with the New England Patriots, and with such a depleted secondary, there wasn’t much hope going into Sunday’s game that the defense would get the better of Brady. But the defensive gameplan and execution across the board allowed that to happen, as the front seven was able to generate pressure and the secondary made plays and disguised coverages well enough to help the Steelers pull off the win and snap their four-game losing streak.

With some new looks, there were some communication issues, like the Steelers only having ten men on the field on a first and goal run and a few other issues. Still, it was really impressive that Pittsburgh communicated as well as they did given that there were probably a lot of new or modified looks, and they were going in with a pretty new unit that hadn’t had much experience this year.

Jackson also said that the communication in practice helped them in the game.

“Think it started with practice. We were communicating earlier in the week, I think we all have a good connection with each other, good chemistry, so that kind of made it easy to play on the field.”

Getting the extra work in during practice, in the meeting room and in film study clearly helped this defense and the coaching staff see something in Tampa Bay they thought they could exploit, and they were able to do so. Across the board, it was an impressive display, and it started on the practice field early in the week. The result is a win and Pittsburgh gaining ground in an AFC North division that has struggled a bit more than expected up to this point in the season.