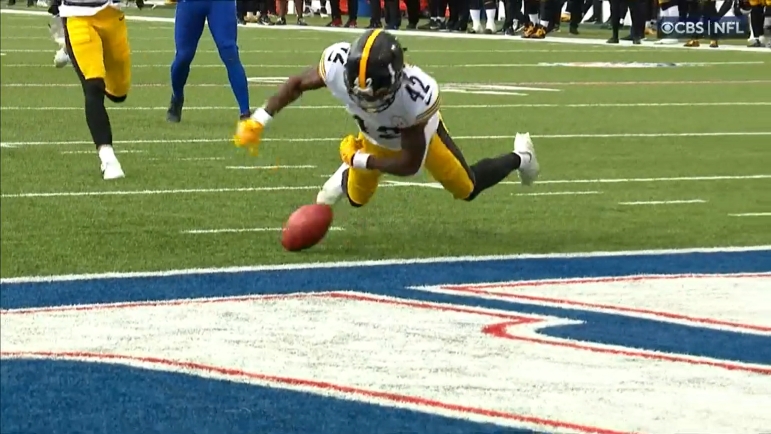 Last Sunday’s Pittsburgh Steelers’ loss to the Buffalo Bills was ugly. It’s often difficult for a team to find some positive takeaways after a blowout loss. However, as Mike Tomlin mentioned on the Week 6 edition of his show, there were a couple of bright spots he was proud of. In particular, Tomlin brought up the performance of his special team’s unit while speaking with Bob Pompeani.

“We put them in a backed up field position a couple of times; a punt down inside the five, a kickoff tackle inside the five,” were among the things that stood out for Tomlin.

However, simply put, the Steelers didn’t capitalize on most of this.

“Those are often scenarios where you go out and get defensive stops, you put the offense on the short field and subsequently get points, but that didn’t happen.”

Having a great day on special teams is certainly something to be proud of, but as Tomlin alluded to, the Steelers failed to take advantage.

Again, when your defense gives up 35 points and 552 total yards, it’s hard to come up with some silver linings. Tomlin, ever the optimist, opted to point out some key plays that showed his team didn’t quit in spite of the onslaught. After failing to field the kickoff return, a partially blocked field goal, followed by a three-and-out are minor, if not moral victories  but given the one-sided affair, Tomlin is happy to take these positives heading into Week 6.

Another aspect of the Steelers’ loss that Tomlin mentioned was the play of his offensive line.

“I thought we did a really good job of pass protection in one-dimensional circumstances in that environment, down by the number of points that we were down.”

The Steelers surrendered just three sacks, which isn’t the worst total in hindsight. In a much closer game against the New York Jets, the Steelers also surrendered three sacks. So yes, from a situational standpoint, as Tomlin states, the Steelers did a good job. The final score tells the final story, but limiting turnovers and ensuring that Pickett stays upright are a few more small, if not moral victories.

Given the underwhelming start to the 2022 season, talking about how good the Steelers’ special teams unit has been five weeks in isn’t the most exciting thing. Nevertheless, it goes to show that the effort is still there. Getting blocked field goals and pinning down your opponents are all underrated aspects of the game. The offense is struggling to get points on the board with the transition with rookie Kenny Pickett at the helm. If Danny Smith’s group can keep making plays, sooner or later, the Steelers will begin to capitalize.