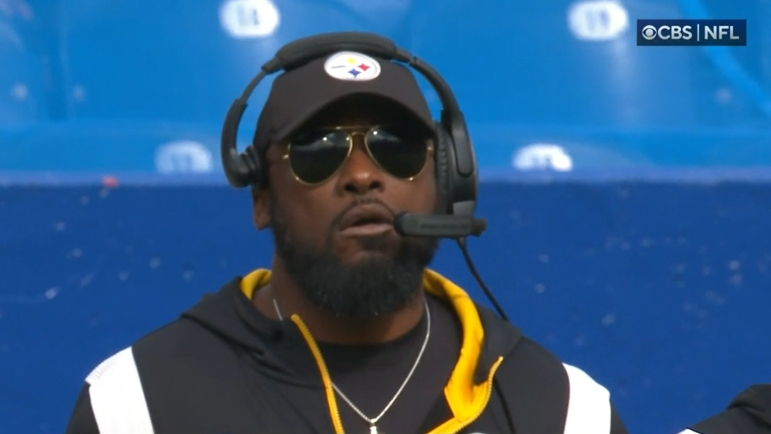 The Pittsburgh Steelers were just handed their worst loss, by point differential, in the Mike Tomlin era, and the worst since 1989. Dropping 38-3 to the Buffalo Bills, head coach Mike Tomlin conceded after the game that “we got smashed”. There’s really no other way to put it. And that was with the benefit of two takeaways in the end zone.

“No need to sugarcoat it, we got handled today”, he said, via the team’s YouTube. “Nothing mystical about it. They did similar things to Tennessee, and so we know it’s capable of happening. Just disappointing that we didn’t coach well enough or play well enough to prevent it from happening today, and that’s just the reality of it”.

The defense gave up over 550 yards of offense, most of it in the first half. Of the Bills’ seven meaningful first-half drives, they put up points five times, including four touchdowns, the other drives being a missed field goal and an interception in the end zone.

Offensively, they went three and out on three straight possessions, and the fact that Kenny Pickett threw for over 300 yards by the end of the game certainly doesn’t reflect what actually took place on the field. But Tomlin was not committed to misery.

You’d better expect that there are better days ahead when you have a rookie first-round quarterback, because if you don’t, then you’re conceding that you made a horrible mistake. And for what it’s worth, Pickett certainly was far from the biggest problem on the day. In fact, he was overall a bright spot, done in by poor play-calling and some drops by his receivers.

Where are the bright spots, though? The absence of T.J. Watt is huge, of course, and his return will be equally significant whenever that happens, but if this is how the defense plays without him, it’s hard to believe that just putting him back in the lineup will make things much better.

Offensively, this was a frustrating one for sure. Matt Canada’s insistence, for example, of sticking with a running game that wasn’t working and putting his rookie quarterback making his first start in bad situations was a detriment. Two missed field goals (and questionable decisions to kick them in the first place) didn’t help.

It was just bad. It will be better, at some point. But I have no idea how long that will take.