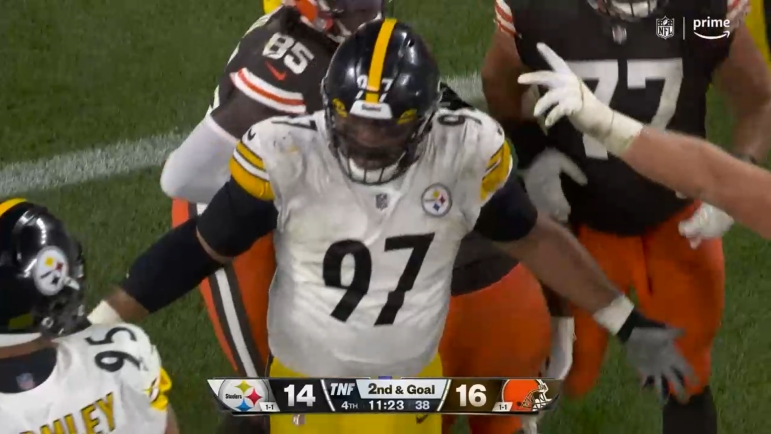 Tom Brady has been in the NFL for close to a quarter of a century at this point. He’s seen a lot. He’s seen the game even change from the beginning of his career to where he is now. He might not quite be what he once was, but he can still deliver the crucial play, and he has his Tampa Bay Buccaneers off to a 3-2 start and leading the NFC South.

Statistically, he hasn’t necessarily wowed this year, particularly if we take a week-to-week approach—Tampa Bay has only scored more than 21 points once this year—but he’s among the league leaders in pass attempts, and has the most completions. He’s thrown for over 1,400 yards, with seven touchdowns to just one interception.

There are lots of teams who would trade for that right now, and Brady knows it. As he told reporters last week, there’s quite simply not a ton of greatness in the game right now, not collectively anyway. “I think there’s a lot of bad football from what I watch”, he said, via the Buccaneers’ website, last week. “I watch a lot of bad football. Poor quality of football. That’s what I see”.

Well, he’s about to get an eyeful of some of the worst football that the NFL has to offer right now as he visits Acrisure Stadium to face a Pittsburgh Steelers team against whom he owns a 12-3 all-time record. He ‘smashed’ them the last time they played in 2019, 33-3, hardly even breaking a sweat.

The Steelers are quickly trending toward having their worst season in decades, sitting at 1-4 and possibly in contention for the first overall pick in the 2023 NFL Draft if things continue to head in the direction that we have seen.

Even with shiny new first-round quarterback Kenny Pickett plugged into the starting lineup, it hasn’t helped much. They lost 38-3 in Pickett’s first start, the worst loss in the Mike Tomlin era, and worse than any loss suffered by Bill Cowher as well. You have to go back to 1989 to find a more lopsided defeat.

They now sit at 1-4 and amazingly are at the bottom of the AFC North in spite of the fact that the division has been rather poor this year. They rank 30th in points scored and 26th in points allowed. The only category in which they have a favorable ranking is takeaways, and that skews heavily toward the opener. They have the most interceptions in the NFL with eight, four of which came in week one.

Situationally, they are no better. The offense ranks 23rd in third-down conversion rate and 24th in red zone percentage. The defense ranks 26th on third down, although the 12th-overall rank in the red zone is at least commendable.

Still, I certainly don’t think Brady is losing much sleep over the Steelers, even if he’s got plenty of other things on his mind these days. The bad football he should anticipate seeing may even provide a comforting distraction.