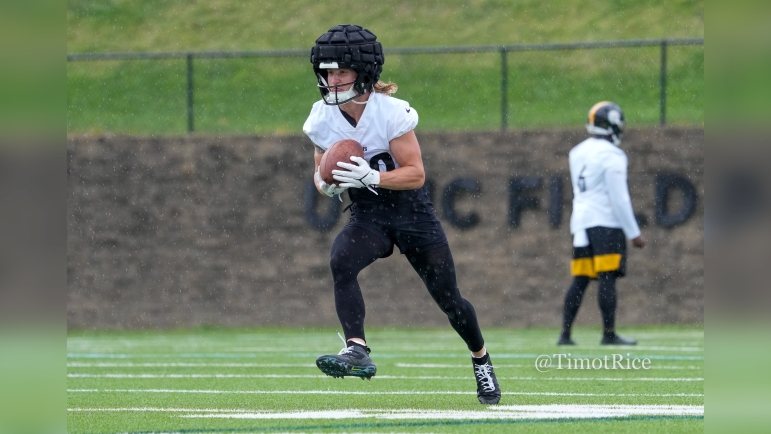 As we’ve done in the past, the keys to the Pittsburgh Steelers winning (or losing) today’s game. Three things that need to happen for them to end up on the right side of the score and vice versa in today’s game against the New York Jets.

For as much as we discuss the offense struggling, the Steelers’ special teams haven’t made many big plays. That’s as good a way as any to help out an offense that can barely avoid a three-and-out, let alone putting points on the board. There haven’t been many opportunities but the team’s longest punt return is 20 yards and their longest kick return is only 18. Miles Killebrew did have a partial blocked punt against the Browns but Pittsburgh couldn’t even turn that into points. They need something massive. A turnover on the coverage unit. A 50+ yard return, preferably a touchdown, in the kick or punt game. A full punt block for a score or something puts the Steelers automatically in scoring range. In a crappy weather game like today is supposed to be, those moments can prove to be the difference.

2. Zach Wilson Runs Himself Into Trouble

Wilson is making his first start of the year since Week One of the preseason, suffering a knee injury in the summer opener. What kind of player will the Steelers be facing? It’s hard to say. He’s athletic with a big arm and willing to make off-platform throws but his decision-making has been questionable and sometimes mobile quarterbacks can run themselves into as much trouble as they can avoid it. Perhaps he runs himself into pressure, leading to poor throws, or sacks, which the Steelers need several of in this game. Pittsburgh needs to take advantage of the Jets’ questionable tackles too, suffering key injuries at the position, most recently with George Fant.

1st and 10 playaction. That was the running…err throwing, theme of the Jets’ offense last week against the Cincinnati Bengals. The Jets like to take their shots from under center to their speedy outside receivers. It wasn’t effective against the Bengals but the Jets may go back to the well for some chunk plays against the Steelers. Pittsburgh’s linebackers and DBs have to be very disciplined and watch for playaction, especially on the first play of drives.

My biggest worry of the game. The Jets’ strength is through their interior defensive line with an impressive trio of Sheldon Rankins, Quinnen Williams, and Solomon Thomas. They don’t make running up the middle easy. Pittsburgh’s interior line, Kevin Dotson, Mason Cole, and James Daniels need to play their best football. But it could still be a tough slog between the tackles and a non-functioning run game is a big obstacle to victory.

2. Garrett Wilson Is Too Much Of A Headache

Wilson is a top rookie and their top weapon. Athletic and twitchy, New York has gotten creative with him by moving him around the formation and there could be a tasty matchup in sub-packages if Cam Sutton stays on the outside and Arthur Maulet in the slot. Worried about Pittsburgh not able to effectively respond. Wilson is a guy who could wreck this game.

We’ll say it one more time before kickoff. Third down offense must be better. A lot better. 1/9 last week against the Browns is a number that can’t be repeated today. The Jets have the 31st ranked third down defense so if there’s a game to figure it out, it’s this one. But the scheme must get players more open and the Steelers have to be able to finish plays. That’s the key.

The only person who needs a win more than the Steelers is me.