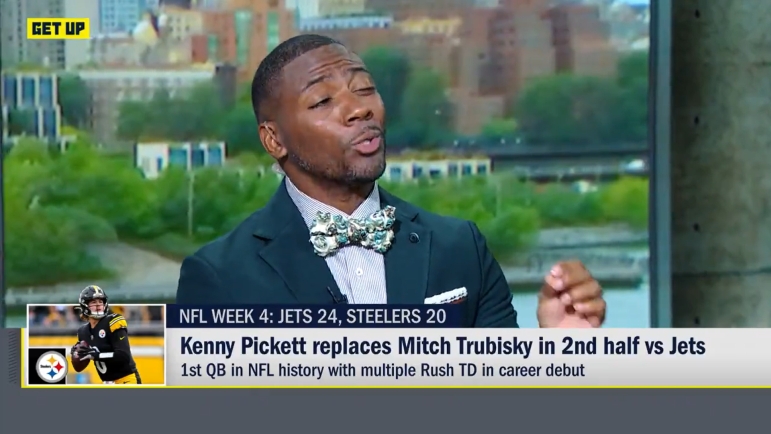 Naysayers and skeptics have been predicting a losing season for the Pittsburgh Steelers for the better part of a decade now. Perhaps even longer. The law of averages say they’re going to be right eventually. The 2022 season may well be the year the blind squirrel finds his nut.

Former Steelers Pro Bowler Ryan Clark, however, is certainly not blind. He my not be impartial, but he at least tends to know what he’s talking about when it comes to his former team. His latest take on the Get Up program yesterday on ESPN, to me, rang hyperbolic, on the other hand, nevermind getting some of his facts wrong, which I won’t even go into.

"[The Steelers are] going to have a losing record, and it may be really, really bad." 👀

Let’s make this clear. Clark wasn’t even talking about just the 2022 season. He was actually saying that the Steelers can’t win the Super Bowl with Pickett period. At least that’s what his subsequent commentary strongly implies when he talks about how this season will finish on a hopeless note, not to mention with an awful record.

“This team is going to have a losing record. And it may be really, really bad”, he said. “Not one of those close ones where there’s like a light at the end of the tunnel and you go, ‘Oh, you know what? Maybe next year’. No, one of those ones where you start to try to figure out what the hell is going on”.

See what I mean? What else could he be saying? If you’re talking about a season in which your young rookie first-round quarterback plays for most of the year and you still come out of that year saying there’s no hope for the future, what are you saying  other than that you can’t win, ever, with that quarterback?

“They can’t rush the passer now that T.J. Watt is gone. Seven sacks in the first game, only three sacks since”, he added. “The only playmaker defensively is Minkah Fitzpatrick. And you have an offensive line that can’t invert the line in the run nor project your young quarterback. this is a terrible place to be for Mike Tomlin, and it’s uncharted waters in his tenure”.

Granted, Cameron Heyward has not been playing up to snuff, but I think Alex Highsmith might like to have a word. His commentary on the offensive line is also completely off the mark, which almost everybody now seems to agree with, as it’s a unit that’s been a pleasant surprise, even if not yet a finished product.

I don’t know if he was just all in his feelings or what, but this is about as bitter and pessimistic as I’ve ever heard Clark. At best, he’s saying things that we can’t possibly know. We’ve seen Pickett play for 30 minutes. Can we really say now that he’ll never be a winner? What were people saying about Josh Allen after his rookie season? It sure as hell wasn’t ‘future Super Bowl winner’, but now everybody’s trying to gift the sticky Lombardi to him as his destiny.