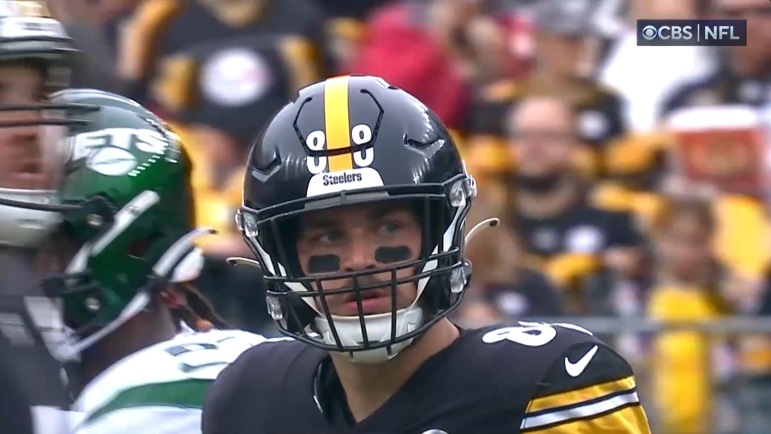 After missing last week’s matchup with the Tampa Bay Buccaneers, Pittsburgh Steelers tight end Pat Freiermuth looks to be returning this Sunday against the Miami Dolphins. Despite good play from Zach Gentry and Connor Heyward this past Sunday, getting a top ten tight end like Freiermuth back can do wonders for an offense that is trying to find its groove.

“I think having Pat back adds us another really, really viable weapon that they have to be aware of  nd how they handle covering him then will dictate where the ball should go and who it should go to.”

This past Sunday, the Steelers’ passing offense finally got off the ground, with Kenny Pickett connecting with Najee Harris for a touchdown on the first drive of the game, and then Mitch Trubisky connecting with Chase Claypool in the fourth quarter for the first receiving touchdown by a wide receiver this season for Pittsburgh.

After taking over for Pickett following his concussion in the second half, Trubisky threw for 144 yards as the Steelers finally attacked the middle of the field. Now, Canada and (likely) Pickett get arguably their most dangerous middle of the field weapon back in Pat Freiermuth. In five games this season Freiermuth is averaging 11.8 yards per reception, and he has hauled in one touchdown so far. He has been the only consistent playmaker on this Steelers’ offense so far this season, and getting him back when the receiving corps seems to be finally breaking out can create mismatches over the field.

Coming into this season, fans and pundits all over talked about how dangerous the Steelers’ weapons are. However, they have yet to put it all together, and some of that falls on the offensive coordinator’s hands. Canada needs to trust in Pickett to be able to make the right reads and also put his offensive weapons in the right positions to make big plays. Having Freiermuth run a few seam routes seems like something that could result in a nice gain for the offense to get it going.

The Steelers are in the midst of their gauntlet stretch of games, and if they are going to make a run and get back into the playoffs, they need their offense to get going. This week it looks like every weapon he needs will be available for Matt Canada, so he has to be able to find a way to create mismatches. It doesn’t matter who gets open because of the mismatches, but there will be some to be taken advantage of due to Miami’s banged up defense. The question then remains, can Matt Canada scheme Pittsburgh to a victory?