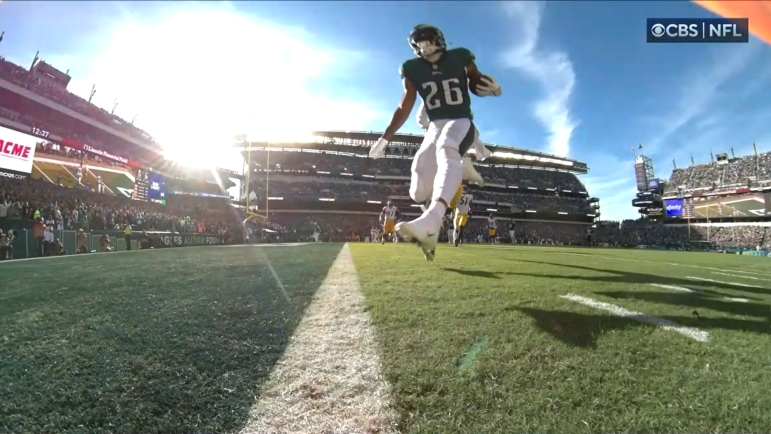 The Pittsburgh Steelers are known for having arguably the most well-traveled, or at least the most widely-dispersed fanbase in the NFL. It’s not at all uncommon to find the black and gold well-represented on the road in opposing stadiums. Occasionally under the right circumstances, a road game might even feel like it’s at home.

Sunday wasn’t one of those days, even if it’s about as close to home as they can technically play without playing at home. They traveled east to visit the cross-state Philadelphia Eagles, and boy did they come out losers. Luckily the ride home wasn’t long.

“I just wanted to say like unbelievable. I’ve been to stadiums where Steelers fans take over”, he said after the game, via transcript. “No way did I think that would ever happen in Philadelphia, and I barely saw any of those Terrible Towels. I did not see any of those. Our fans came out and supported us. It was unbelievable”.

The teams’ individual circumstances play a factor in all of this, of course. The Eagles just so happen to be the only undefeated team in football, so they couldn’t possibly ask for better circumstances. They have a top-five offense and a top-five defense, to boot.

On the flip side, the Steelers have a bottom-five offense and arguably a bottom-five defense, as well. While the latter half can at least look forward to the return of T.J. Watt in the second half off the year, which evidence may indicate can indeed make a substantial difference, there are no reinforcements for the offense.

The only thing fans are even hoping for is actually a matter of addition by subtraction. Indeed, what they are hoping to see over the bye week is for offensive coordinator Matt Canada to be fired. The Steelers haven’t scored more than 20 points as an offense in any of their first eight games, after all.

The curious thing is that, as often as not, they are able to move the ball at times. I’ve mentioned previously that they picked up 60 or more yards on half of their second-half drives. They had a couple of extended drives resulting in points in the first half, as well. And they put up 300 yards of offense.

But just 13 points. And that yardage is also a reflection of the imbalance in the game. The bottom line is fans are going to show up in droves when the Steelers give them something worth seeing. Right now, sadly, they’re not.