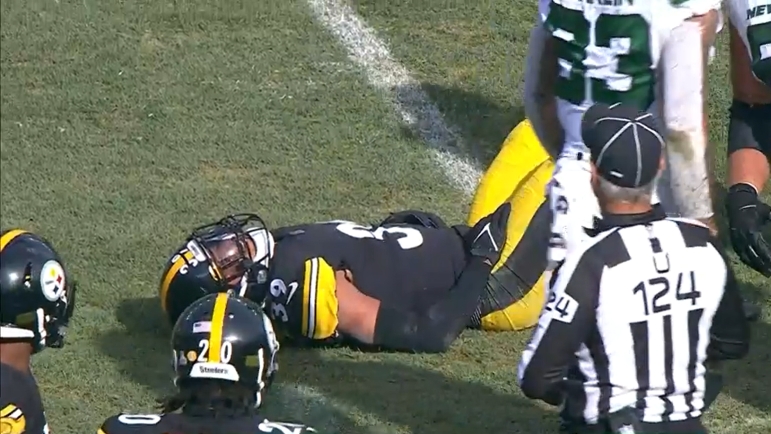 The Pittsburgh Steelers lost to the New York Jets on Sunday afternoon in the final moments by a score of 24-20. The offense struggled in the first half, promoting Mike Tomlin to make the move to bench Mitch Trubisky in the second half in favor of rookie QB Kenny Pickett, who managed to come in and give the offense a spark to the tune of two rushing TDs. Pittsburgh took a 20-10 lead at the beginning of the fourth quarter, but the Jets scored 14 unanswered points including the game-winning TD by RB Breece Hall with less than a minute remaining.

When asked about his frustrations of falling to 1-3 after a hard-fought battle, S Minkah Fitzpatrick said that their record doesn’t reflect the talent of this team and what they are capable of.

“It’s really frustrating,” Fitzpatrick said to the media Sunday after the game in the locker room on video from Christopher Carter’s Twitter page. “It’s frustrating losing to people that you know you are better and more talented than especially when we have a team that we have. We’re a great team. We have a lot of talent. A lot of great young players. I think we are way better than what we’ve been performing and what we’ve been putting on display.”

Minkah Fitzpatrick minutes ago in the #Steelers locker room after the 4th quarter defensive letdown: pic.twitter.com/6rOelFg0LG

After winning a nail biter to the reigning AFC Champion Cincinnati Bengals Week 1, Pittsburgh has now dropped three straight to the Patriots, Browns, and Jets. Pittsburgh was 1-3 at this point last season, but the combination of a poor offense and a defense that can’t get off the field late in games has kept Pittsburgh from winning more games than it probably should, having them on the outside looking in in terms of the AFC playoff picture.

Fitzpatrick is right in saying that this team has plenty of talent on either side of the football, including young, promising players like Alex Highsmith, Pat Freiermuth, and George Pickens, who all had good performances in this game. Fitzpatrick once again tried to play Superman for the Steelers’ defense with T.J. Watt sidelined, as he recorded eight total tackles, two PBUs, and an INT almost returned for a TD.

Still, Pittsburgh’s anemic offense and poor situational defense came out and bit them in the butt again as Pickett through INTs on back-to-back drives in the fourth quarter and the defense allowed New York to run consecutive drives of 81 and 65 yards, respectively with both ending in TDs.

If Fitzpatrick wishes to see the team’s talent start making good on their abilities and convert that into wins, they must get better at situational football and make the plays in the waning moments to secure victory rather than cede to defeat.