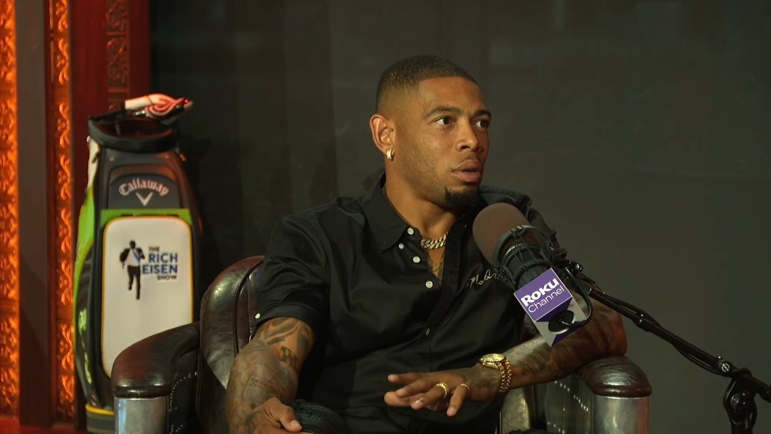 Now retired, cornerback Joe Haden made up a core part of the Pittsburgh Steelers’ secondary and locker room for the past five seasons. Although he technically retired as a Brown (or will on Monday night) on a one-day contract, it wasn’t by his choice that his time in Pittsburgh came to an end.

And he’s still a fan, still watching, and still pulling for them. He hopped onto the Rich Eisen Show yesterday and weighed in on his former team, among other subjects, expressing the belief that they are closer than many might think, particularly in their last game.

“The defense did a good job. They only scored 16 points. It was a lot of holes and they were getting it down the field, but they were bend but don’t break, trying to keep them out of the end zone”, he said of the unit he used to help command.

The broader issues are, of course, on the offensive side of the ball. The Steelers rank near the bottom of the league in points scored. Rookie quarterback Kenny Pickett has had his ups and downs, and unfortunately some of his downs have been back-breaking turnovers, particularly in the last game. But he also wants to see more work on the running game.

“I think we just got to get Najee [Harris] the rock”, Haden said of what he wants to see from the offense. “And then Kenny, I think some of the decisions, like the last play, live to fight another down. But it’s nothing too bad. I think everything’s fixable”.

One subject that came up was Chase Claypool’s recent comments that he felt the offense needs to put up more go balls, with Eisen mentioning that when you actually look up the numbers, they are doing that. Perhaps he’s a reader of our site.

But while Haden recognizes they haven’t been getting the job done, he still has faith in Diontae Johnson, Claypool, and George Pickens to step up when called upon. “We got those dudes on the outside that could be able to make those plays, so when it is single-high, we are throwing it, so we gotta just make those plays”, he said.

Even if as we have been hearing a lot lately the Steelers really are just a few little issues away from hitting on what they need to hit, the problem is, as head coach Mike Tomlin says, ‘popcorn’. Little new issues continually pop up and fade out as new issues pop up and fade out, and on and on it goes.

While that is true to some extent of every team, Pittsburgh does not yet have the right combination of talent, experience, and chemistry to overcome them on any kind of consistent basis. And yes, having a rookie quarterback going through growing pains is a major part of that. But I agree with Haden that it’s fixable. I just don’t know if that fix can realistically come this year to any appreciable degree.