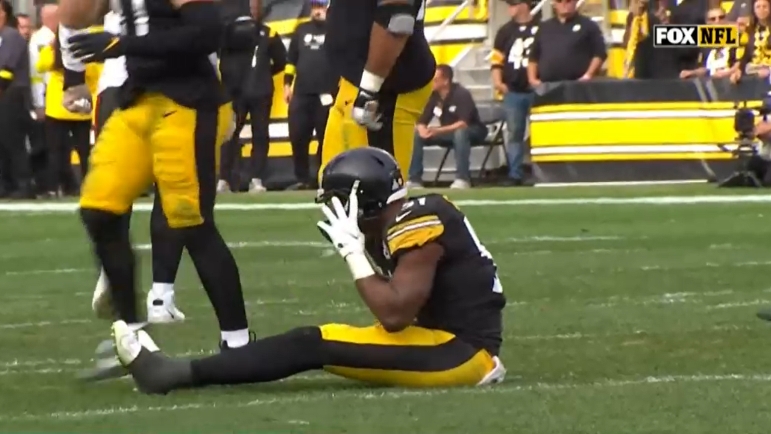 Injuries always hurt a bit less in a win, but the Pittsburgh Steelers exited Sunday’s game with both. Talking with the media after the team’s 20-18 win over the Tampa Bay Buccaneers, Mike Tomlin outlined the post-game injuries. Quarterback Kenny Pickett is at the top of the list, suffering a concussion in the second half of the game. Here’s the roundup of the injuries.

Tomlin also noted Larry Ogunjobi briefly missing time, but that he was able to return to the game.

Pickett will try to clear protocol this week. But as a rookie who may be limited in practice, there are decent odds Mitch Trubisky will start the team’s Week 7 game against the Miami Dolphins, especially coming off his encouraging performance in relief of Pickett. Trubisky went 9/12 for 144 yards and a touchdown to help upset the heavily-favored Bucs.

Pierre and the Steelers’ secondary played exceptionally well, and his injury seemed to be minor. Jack appeared to battle through an ankle injury throughout the game before being helped off the field later in the second half. It may be something that impacts his practice reps throughout the week.

The Steelers will travel to Miami and take on the Dolphins. The game is still set for next Sunday night, though there’s a possibility the game will be flexed out of that spot. If it does, we’ll let you know about it.