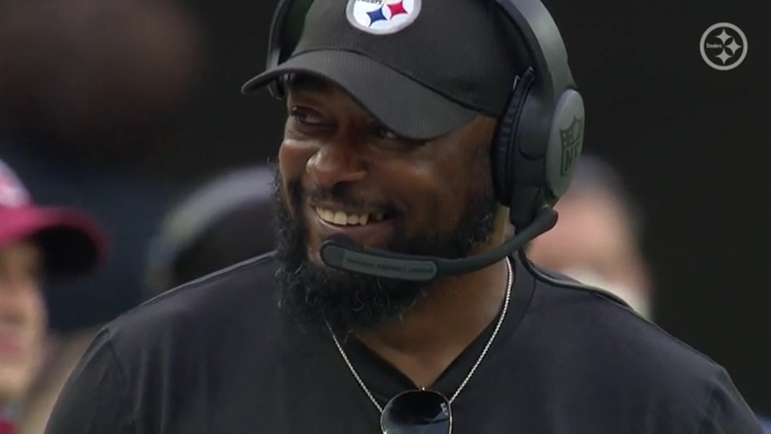 Saying nice things about a respected opposing coach is standard protocol, especially when it comes to a younger head coach being on the receiving end of the question. In this case, it’s Philadelphia Eagles head coach Nick Sirianni discussing the Pittsburgh Steelers’ Mike Tomlin, now in year 16 on the job.

“I’ve got so much respect for Coach Tomlin. It’s an honor to go up against him”, he told reporters this week, according to Teresa Varley of the Steelers’ website. “There’s so many reasons why I think he’s a great football coach. His teams are fundamentally sound, he always gets the best out of his guys. He develops guys. He’s never had a losing season. There’s just so many things to admire about him and his football teams and so I’m honored to be able to go against a coach like him in a rivalry like this”.

And it’s certainly not something, as become a caricature amongst Tomlin detractors, that has become the accepted standard. There are no fans who are merely content to go 8-8-1 as though it’s just as good or nearly as winning a Super Bowl, even if you may read differently in the comments section.

Of course, having his team sitting at 2-5 right now through seven games is doing his reputation no favors, and he’s certainly in jeopardy of having that streak broken. He can only afford to lose three more games over the final 10 in order to avoid having his first losing season, and that is, um, a tough ask.

To start with, they have the 6-0 Eagles on deck. While they seemingly expect to add the best defender in football on the other side of the bye, that’s not going to prevent them from losing games. Their schedule outside of the division isn’t exactly a murderer’s row—the Saints, Colts, Falcons, Panthers, and Raiders—but they also have two games against the Baltimore Ravens and a rematch against the Cincinnati Bengals, plus a Cleveland Browns team that will likely have Deshaun Watson back.

So, the prospect of Tomlin avoiding a losing season is fading. What will they say about him next year, assuming he does lose nine or more games?