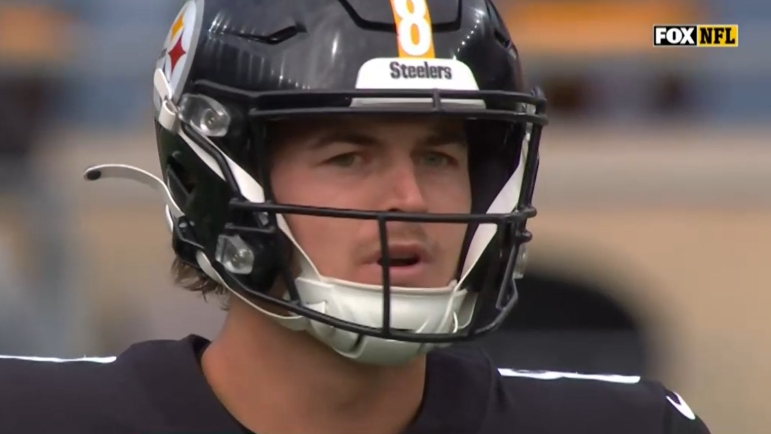 There isn’t a game on the Pittsburgh Steelers’ schedule this year that isn’t going to be a significant challenge for them, simply because they don’t have the most talented and experience roster around them. And frankly, they don’t have the coaching staff that can consistently get the most out of what they do have on a weekly basis.

Today’s game against the Miami Dolphins will be no different, and their opponents are ready to face a rookie quarterback. While not underestimating him because of his experience, Dolphins linebacker Jerome Baker is hoping to leave Kenny Pickett with a thing or two before the night is over.

“Do I relish it? I mean, rookies are rookies. It is what it is”, he said about the prospect of playing an inexperienced rookie quarterback and the potential of baiting them into mistakes. “They are kind of learning as they go”.

“At the end of the game, hopefully he took a lot of lessons from us and hopefully a loss from us”, he went on, referring to Pickett. “But at the end of the day, he’s a great quarterback. He’s going to be good in this league. Hopefully he just doesn’t get a win this Sunday”.

Pickett is 1-1 as a starter thus far after taking over the starting job in Week 5. His first start was a blowout loss, the worst loss for the Steelers in decades by point margin. His first start at home, however, proved to be his first win, even if he was knocked out of the game about two-thirds of the way through with a concussion.

One could say that Pickett has already learned a lesson or two about what it’s like to be a starting quarterback in the NFL. It’s kind of hard not to when you’re actually doing it. Somebody is going to be around to teach you something, and it’s generally not going to be fun.

In 143 snaps played, Pickett is responsible for more turnovers than touchdowns, four to three. But it’s unfair, or at least incomplete, to judge such an inexperienced player based solely on stat lines, because at this stage of the game, it’s not just about results.

The Steelers of course want to win games with Pickett in the lineup. But they also want to see things from him, things that will tell him what kind of quarterback he is going to be in the future. They won’t say it, but those on the outside will: that’s more important now.

Baker may well teach Pickett a lesson or two tonight. Let’s just hope it’s not a painful one or one that he can’t show that he’s learned without a rematch. The rookie has already proven that he can take in information within a game and show later on in the same situation that he won’t make the same mistake.