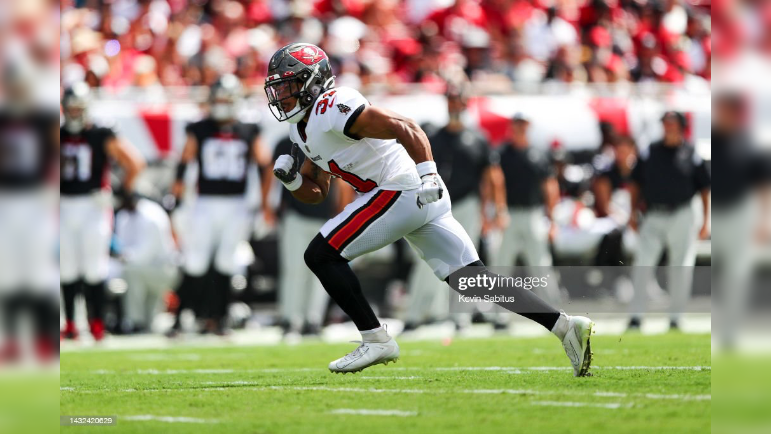 Oh, how the mighty have fallen.

Sitting at 1-4 on the season, the Pittsburgh Steelers — in the midst of a four-game losing streak — are one of the worst teams in the NFL through five weeks. No longer are they the big, bad Steelers, the ones that are seemingly always the favorites in matchups.

Now, at 1-4 and the wheels seemingly coming off the train early in the season, the Steelers are being viewed as an also-ran, one that young players on opposing teams are now starting to be asked about, dropping lines like “can’t overlook them” and “any given Sunday” with the black and gold.

How the mighty have fallen, indeed.

Tampa Bay Buccaneers third-year safety Antoine Winfield Jr. dropped one of those lines Wednesday during his media session with Tampa Bay reporters, according to Buccaneers.com, stating that the Buccaneers can’t overlook the Steelers even with their 1-4 record, which has them sitting with the No. 3 overall pick in the 2023 NFL Draft through five weeks — a rare spot for the black and gold to be in.

“Yeah, [you] never look at any teams like that, you know, it’s the NFL,” Winfield Jr. stated to reporters, according to Buccaneers.com, when asked about not overlooking the struggling Steelers. “Every team is good, so you have to go in there and take care of business as usual. Can’t look down on any teams in this league.”

#31 Antoine Winfield Jr. knifing through with the spear to set up a jackhammer pic.twitter.com/eplQGSJ0TY

While it’s true teams can’t look down on any team in the NFL, or look past them overall, it’s a bit startling to hear a player state something like this about the Steelers. Not that it’s wrong or unfair, because it’s spot on based on how the Steelers are playing at the moment. It’s just startling in the sense that it’s been a long time since the Steelers were viewed this way across the NFL, especially under head coach Mike Tomlin.

That shouldn’t be much of a surprise, considering how poorly the Steelers have played through five weeks. Hopefully being the underdog and being on the receiving end of “not overlooking any team” comments isn’t the new norm for the Steelers. It is right now, though, that’s for sure.