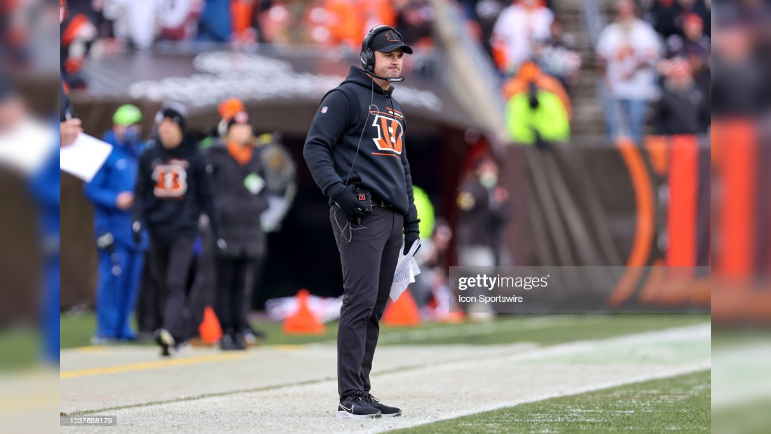 Even after rolling through the AFC North last season and making a run through the AFC playoffs to reach the Super Bowl, the Cincinnati Bengals under fourth-year head coach Zac Taylor are taking nothing for granted entering the 2022 season as the hunted within the AFC.

While they’ll deal with the likes of the Kansas City Chiefs, Buffalo Bills, Los Angeles Chargers and more coming after them within the AFC picture as a whole, the Bengals’ focus remains on the rough and tumble AFC North, especially ahead of the Week 1 matchup against the Pittsburgh Steelers at Paycor Stadium on Sunday, Sept. 11 at 1 p.m.

Speaking with reporters ahead of the matchup with the Steelers — a battle they’ve won three straight in — Taylor stated that the mentality of his team isn’t changing whatsoever despite the success last season, especially when it comes to AFC North play, as that’s the most important on the schedule throughout the season.

“I think every game in this division has that feeling to it. There’s not added important, cuz they’re all important, but there is…your easiest path to playoffs is to be dominating your division. And so it starts Week 1 against a division team at home,” Taylor said to reporters Monday, according to video via Bengals.com. “You gotta take advantage of those opportunities. You feel it from our fans. Certainly there’s a relationship there that I want to get into that you feel when you’re walking through the community, 365 days of the year. But, for our guys, they’re just focused on whoever walks outta that tunnel, ready to go. And I’m excited to watch them.”

Even with the Bengals’ recent success against the Steelers in the last three matchups (wins by scores of 27-17, 24-10 and 41-10), the Bengals know that it’s still a rivalry matchup and that nothing should be taken for granted, especially in AFC North play.

It’ll all start on Sunday at Paycor Stadium as the Bengals open up the season as the defending AFC North and AFC champs, having lost in the Super Bowl to the Los Angeles Rams. With all the success last season, the Bengals go from the hunters to the hunted, a position they haven’t quite been in historically, and definitely are in for the first time under Taylor.

That can be difficult for teams, especially young ones, to deal with, but according to Taylor they’re locked in and ready to go, starting with AFC North play in Week 1 on Sunday against the Steelers.