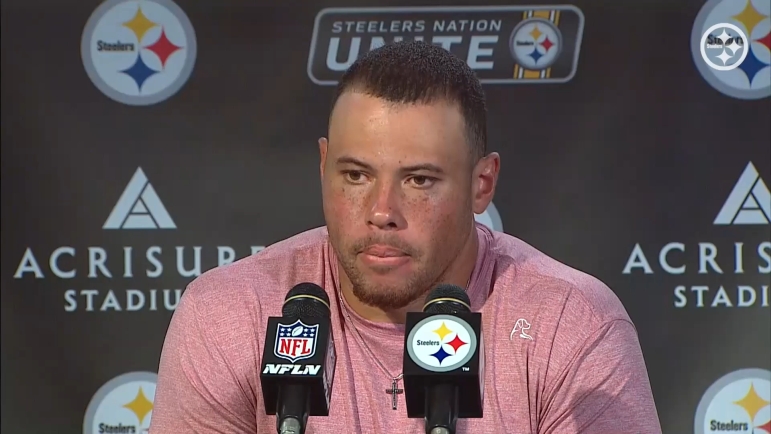 The Pittsburgh Steelers had the worst run defense in the NFL last season, and there isn’t really much room for debate on that. But what about this year? By the raw numbers, they currently ranked 22nd in rushing yards allowed per game, but how much does that tell us?

We recall from last week that if you looked at the run defense on a play by play basis and measured it by run success rate, the defense came out rather favorably, especially if you limited your scope to designed runs. The case for yesterday’s run defense—well, the success rate for the New England Patriots rose as the game wore on, which is not what you want. And the Steelers have one of the best rushing teams in the NFL on Thursday. Will they be ready on short rest?

“It’s an AFC North team we’re about to play. We know them, they know us”, outside linebacker Alex Highsmith said, via the team’s website. “I feel like in the history [of the series] we’ve played good in the run against the Browns coming up, and it’s got to be the focus this week, because they’ve got a great running attack. We’ve just got to flush this one down the toilet and move on, because we know that we can play way better than we did today”.

What do the numbers say about that? Well, since Highsmith has been in the league, the Steelers have had some good games against the run—and some not so good games. He has faced them now five times, and on three occasions, they have held the Browns under 100 rushing yards, most recently going 22 for 75—albeit in a game without Nick Chubb.

That was a bad month of January in 2021, to be certain, but otherwise, Highsmith’s memory isn’t off. The Steelers have largely managed to contain the Browns’ potent run game in the past. But they already have about 400 rushing yards this season through the first two games, so they’ve got their work cut out for them.

And that includes contributions from Kareem Hunt and quarterback Jacoby Brissett, as well. This isn’t Baker Mayfield they’ll be defending on Thursday. Brissett might not be the most threatening pocket passer, but given the issues the front seven has had in keeping contain on quarterbacks, one has to be concerned with his scrambling ability.