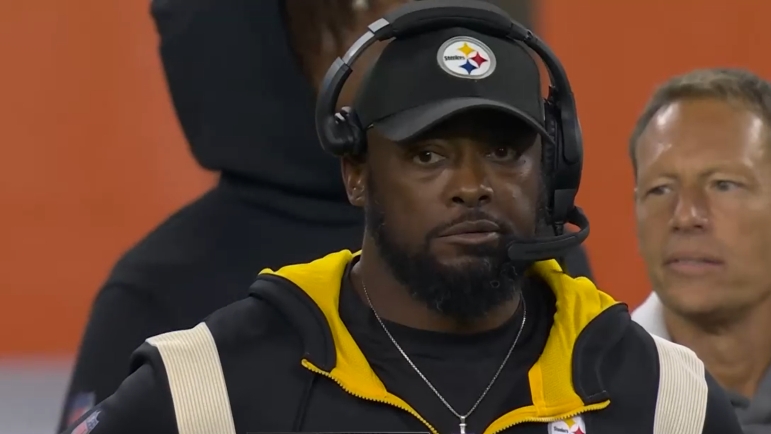 It might surprise you to learn, but groups of highly competitive people who are so skilled as to have risen to the very top of their profession do not like losing. In fact, they’re not particularly happy about losing. But there appears to be a difference between being mad about losing games and believing that there needs to be a mutiny within the team.

Of course there are frustrated people in that locker room. If there weren’t, this would be a bad team. You shouldn’t be happy about losing. The tone in the locker room should be a little bitter right now, but also focused on winning the next time they’re out there. And that’s the tone head coach Mike Tomlin set yesterday in his pre-game press conference.

“I don’t know about the offensive room in particular—I don’t know if I diagnose it that way”, he said when he was asked to gauge the level of frustration on the offensive side of the ball. “I know that we’re all pretty hacked off that we hadn’t won the last two games, and we realize that football is our game and our business is winning, so we’ve got to get back to business”.

Winning smooths over a lot of issues and tensions, while losing exposes them. That’s just the nature of the beast. It’s hard to be too unhappy if you’re winning, but if you’re losing games and you feel like you could be a reason why you’re winning if you were just utilized more, then yeah, you might not be thrilled about that. As should be the case, as long as it’s channeled productively.

Maybe there is a player or two who wants to mutiny. Who can say for sure? But there’s also a ton of misrepresentation being put out there, particularly from the radio hosts in the local media if we’re just going to be honest about it.

Andrew Fillipponi completely misrepresented post-game comments Mitch Trubisky made yesterday, for example, while interviewing Ryan Clark, saying that he was subtly taking a shot at George Pickens and Diontae Johnson for “checking out” while praising Pat Freiermuth for staying engaged in the game despite not being targeted until late.

I’m sorry for that digression, but I just listened to that interview and I had to get it off my chest. It’s exactly the sort of stuff that’s being put out there right now that is poisonous on so many levels. It’s irresponsible, generally, but it’s also a disservice to the fans and it, if anything, discourages players from giving anything but stock answers—something that free agents often find they have to resort to within their first year or two after signing in Pittsburgh.