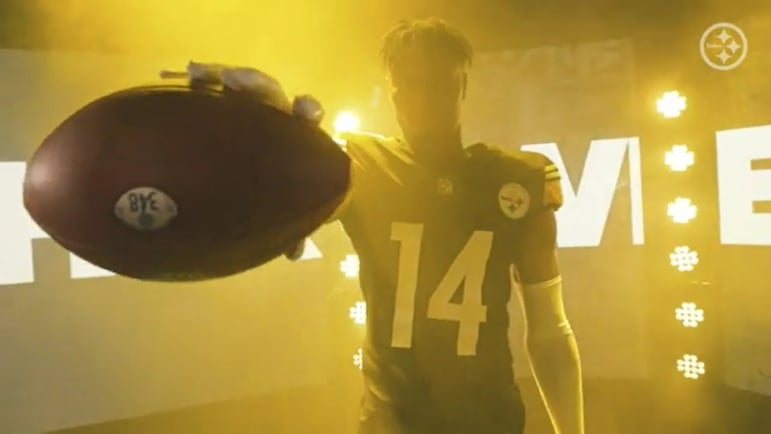 As we’ve done in the past, the keys to the Pittsburgh Steelers winning (or losing) today’s game. Three things that need to happen for them to end up on the right side of the score and vice versa in tonight’s game against the Cleveland Browns.

1. Their Run Defense Against The Browns Remains Strong

For as bad as the Pittsburgh Steelers’ run defense was last year, they held the Browns’ run game to under 100 yards in each of their meetings. Kinda wild when you think about them somehow having success against a top running attack when Pittsburgh had their worst run defense in team history.

That’ll again be priority #1 tonight against the Browns, who enter the league with the best rushing attack, averaging over 200 yards per game. A dangerous duo of Nick Chubb and Kareeem Hunt and a sound inside/wide zone run game scheme. Pittsburgh will have to stay in their gaps and not allow any vertical seams for Chubb or Hunt to plant and cut upfield into. Linebacker have to flow and get off blocks while the secondary will have to offer support, too. If they can’t do that, then nothing else really matters.

For as much talk as there’s been about the lack of the deep ball, my biggest issue with Mitch Trubisky have been the underneath issues. Missing reads, like Chase Claypool for a potential touchdown in the red zone last week, leading to a sack and field goal instead. Or taking ugly sacks. Three of the four given up this year fall on his shoulders, not the offensive line. That’s what he needs to do. Pushing the ball vertically is important but so are these things he’s missing that’s getting lost in all the “go deep” talk. And it’s quietly hurting this team just as much as the lack of chunk plays.

3. George Pickens Gets The Chance To Make A Play (Or Two)

It’s important to talk about the underneath elements Trubisky’s missing but I’m not trying to outsmart myself either. Simple things could and should be changed like get George Pickens, your ultra-talented rookie receiver seeing a lot of snaps but few catches, involved in the offense. He was a jump-ball machine in college and in training camp but hasn’t been given those chances this year. A couple of comeback routes, a vertical shot against 2-Man, but the offense has rarely made an effort to get him involved. That needs to change tonight. Pickens doesn’t need 11 targets, that’s an unreasonable expectation but 2-3 playcalls designed to give him a chance to win. It’s a missing element of this offense.

Last year, no team had a worse field goal percentage than the Browns, who converted fewer than 75% of their tries last year. The team smartly went out and drafted kicker Cade York, who immediately proved his value by nailing a 58-yarder at the buzzer to beat the Carolina Panthers in Week One. Without him, they’re 0-2. The Browns finally have a good kicker and can go toe-to-toe with Chris Boswell, who remains one of the league’s best and most reliable kickers in the game. The special teams gap has narrowed though Cleveland needs to stop punt returner Demetric Felton from fumbling, doing so three times over the first two weeks.

Yes, the Steelers held the Patriots to 17 points last week. But without a pass rush, that model is difficult to sustain. They hit QB Mac Jones only three times, and really only two of them were “quality,” the other coming as Tyson Alualu got pushed into Jones’ feet after the ball was thrown, and failed to sack him once. It turned into a game of 7v7 with the Pats’ biggest plays coming off some awfully clean pockets.

They’re going to have to do a better job getting to Jacoby Brissett. That means keeping their offense off-schedule and playing the run well but even on third down chances, the rush has to get home. Alex Highsmith needs to have the success against LT Jedrick Wills that he had last year but Steelers’ coaches are going to have to work awfully hard to scheme up pressure, something they haven’t had to do in a couple of years. That’s their mission tonight.

3. Amari Cooper Is The Star Of The Day

For as much as we talk about the Browns’ run game, the guys in their pass game have somewhat been ignored. Before the receiver market went bananas, Cooper was the first name on the move, acquired by the Browns from the Cowboys on the cheap early in the offseason.

Cooper had a quiet debut with the Browns, three receptions for 17 yards, but went off last weekend against the Jets, racking up nine catches on ten targets for 101 yards and one touchdown. Ahekllo Witherspoon has had a slow start to the season, struggling with his reads and technique and needs to step up tonight. He’ll be tested.

Yeah…don’t listen to my predictions. Run the other way.