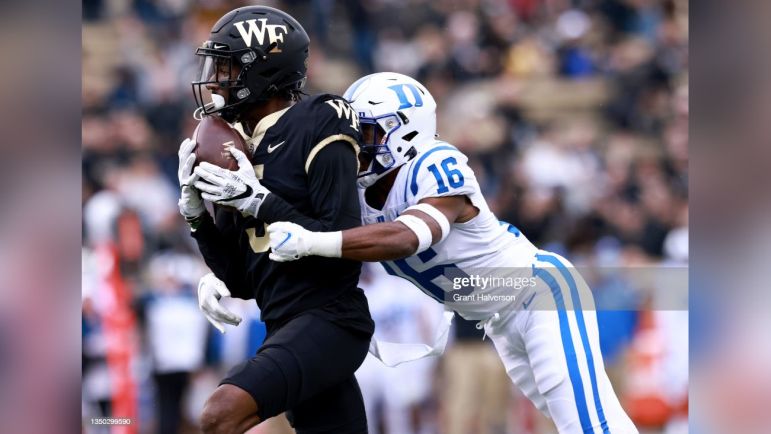 The Pittsburgh Steelers made a Tuesday practice squad swap, signing WR Jaquarii Roberson while releasing CB Mark Gilbert. The team made the announcement moments ago.

Roberson has bounced on and off the Steelers’ practice squad. He was originally signed on September 7th but released last week. Now, he’ll provide extra wide receiver depth for practice. Undrafted out of Wake Forest in the 2022 NFL Draft, he caught 146 passes for 2158 yards and 17 touchdowns during his times with the Demon Deacons.

Gilbert was signed to the Steelers’ practice squad after final roster cutdowns in early September. An undrafted free agent out of Duke last year, Gilbert initially signed with the Steelers as a UDFA and spent the summer with the team. He was released at final cutdowns and placed on Pittsburgh’s practice squad but poached off it by the Detroit Lions in mid-October. He appeared in eight games for the Lions last year, making three tackles. He forced an overtime fumble on WR Diontae Johnson in a tie against the Steelers last season. Gilbert is the cousin of former Pitt star and All-Pro NFL CB Darrelle Revis.

The Steelers practice squad remains at the max of 16 players.