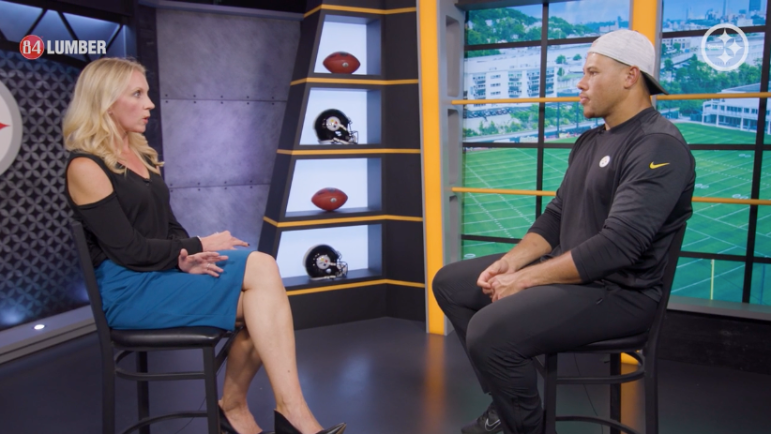 Though the New England Patriots don’t have some of the big-name weapons offensively that they’ve had in the past, the 2022 version of the offense in Foxborough remains a rather physical one overall under head coach Bill Belichick.

New England struggled offensively in Week 1 against the Miami Dolphins on the road, but third-year linebacker Alex Highsmith knows just how physical and run-heavy the Patriots want to be, and will plan to be on Sunday especially with star linebacker T.J. Watt in the lineup for the Steelers.

Speaking with Steelers.com’s Missi Matthews in a 1-on-1 interview for the team’s website, Highsmith stated that the Steelers must focus on stopping the run once again this week, and need to “out-physical” the Patriots in the home opener at Acrisure Stadium at 1 p.m. Sunday.

“They’re a really good offense, led by Mac Jones, who’s a dynamic quarterback and I think the main thing for us is really just stopping the run,” Highsmith said to Matthews, according to video via Steelers.com. “I think they got a good rushing attack, good [offensive] line. And so I think we just got to really out-physical them in this game.

“That’s what just gonna be the expectation for this game is just to really stop the run and then get after him in the pass rush.”

New England had a ton of success early in the game on the ground, but one the Patriots fell behind by double digits it became hard for play-caller Matt Patricia to keep pounding the rock, putting a lot of pressure on Jones to carry the Patriots’ offense.

Without that strong run game to lean on consistently with Harris and Stevenson, the Patriots were made one dimensional, which will be a big win for defenses this season, considering the lack of playmakers the Patriots have on the outside. Knowing that, the Steelers will have to play sound assignment football once again in Week 2, much like how they limited Joe Mixon in the Week 1 win on the road.