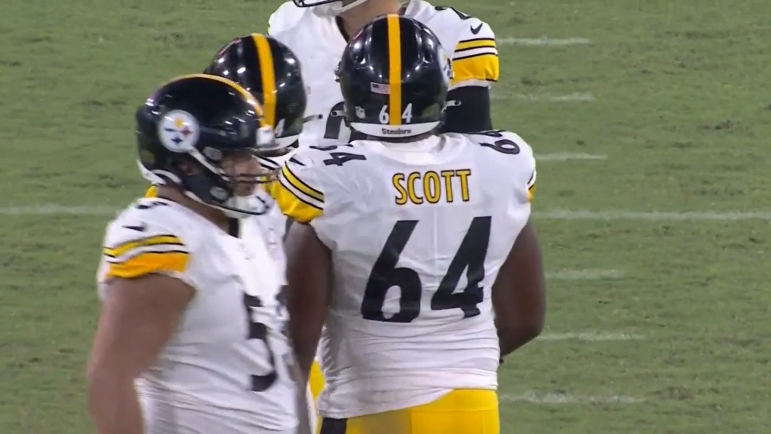 The Pittsburgh Steelers announced via their team website today that the team re-signed inside linebacker Marcus Allen and offensive tackle Trent Scott, two players who initially were cut in the cutdown to 53 players on Tuesday. In corresponding moves, the team placed both safety Damontae Kazee and wide receiver Calvin Austin III on injured reserve.

It was widely expected at least one player would circle back to the Steelers’ roster, and it’s not all that surprising that two guys have done so. With trade acquisition Jesse Davis profiling as more of a guard, the Steelers will bring Scott back with the hopes that he can fill the role of a swing tackle. Scott’s spent his whole career playing under offensive line coach Pat Meyer, so if nothing else, at least he’s familiar with the system that Meyer teaches.

Allen should provide depth at inside linebacker and can play on special teams. He played 65% of the team’s defensive snaps last season. With Kazee and Austin III going on IR, they will miss at least Pittsburgh’s first four games of the season. Kazee is dealing with a wrist injury suffered in the team’s final preseason game against the Detroit Lions, while Austin is dealing with a foot injury he suffered in practice the day before the team’s preseason opener against the Seattle Seahawks.

Austin going to IR also explains why the team initially kept seven wide receivers on the 53-man roster. Steven Sims’ play style is the most similar to Austin’s on the team, which explains his spot on the roster.

With these moves, Pittsburgh’s 53-man roster is pretty much finalized. There could be additional moves around the bottom of the roster, but I wouldn’t count on any soon. This should be the group that will face Cincinnati in Week 1.